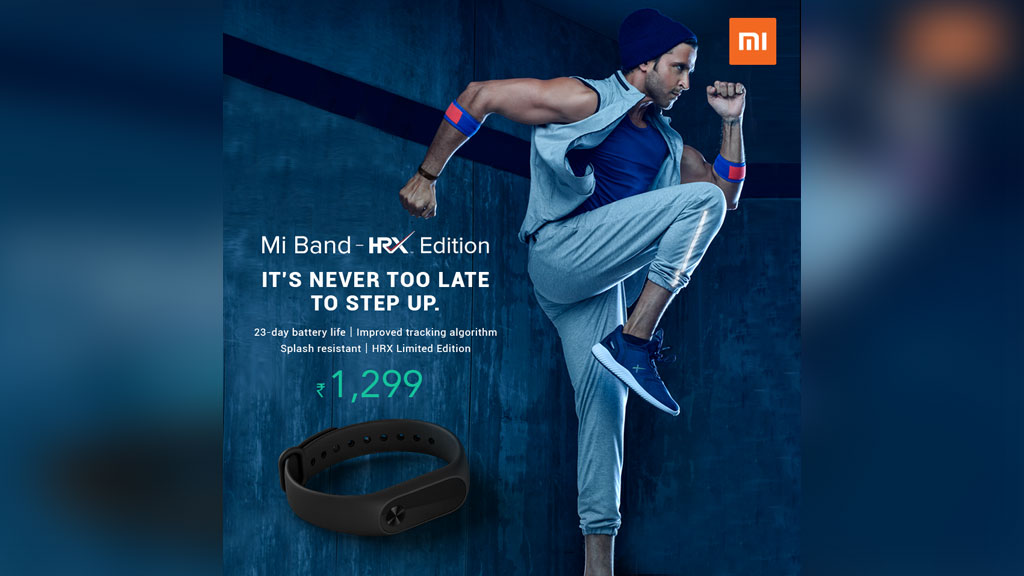 Being the world’s number one wearable vendor, Xiaomi aims to foster the adoption of fitness bands in India by collaborating with HRX, which is allegedly the first home grown fitness brand in the country. Moreover, the Chinese company has got Hrithik Roshan to promote the Mi Band – HRX Edition as the renowned actor is the founder of HRX.

Commenting on the launch of the new band, Manu Jain, Vice President, Xiaomi and Managing Director, Xiaomi India said, “Mi Band 2 was an extremely popular product for Xiaomi in India and with Mi Band – HRX Edition, we decided to invest in the product further to take our vision of innovation for everyone’ one step ahead. With Indians becoming more fitness conscious with each passing day, Indian fitness category is at an extremely dynamic stage and we believe the partnership between HRX and Xiaomi for Mi Band – HRX Edition makes it a perfect fitness device for all.”

Hrithik Roshan, the founder of HRX also spoke out, “I always envisioned HRX to be a platform that could inspire people to be the best version of themselves. Partnering with Xiaomi to launch the Mi Bands – HRX Edition is an opportune decision as they are in sync with our philosophy.”

The latest iteration of the Mi Band 2 costs just Rs. 1299, which is quite less than the Rs. 1999 price tag of the original one. Speaking of