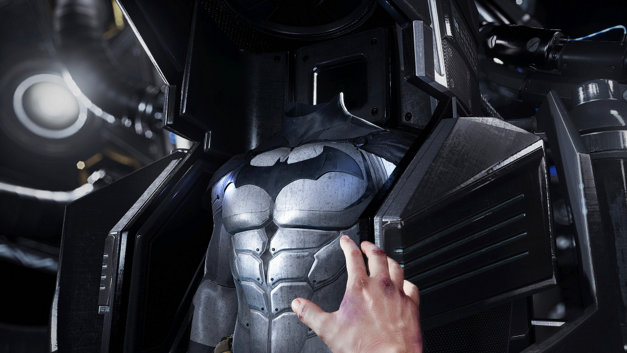 Remember that guy who worked for Microsoft and threw a fit on Twitter when he found out the Xbox One would require an online connection every 24 hours? Well now he’s back with his own game which is, oddly enough, available on two separate Microsoft platforms (in addition to PS4).

ADR1FT is essentially Gravity: The Game, minus Sandra Bullock, which means it actually has the potential to be at least tolerable. How it works is simple, albeit thoroughly engaging and original. In a first-person view, you’ll be tasked with navigating a zero gravity setting with an oxygen limit that’s realistic enough to keep you from taking off and exploring too far.

Like an underwater level of a Sonic game set in space, you’ll need to survive on as little oxygen as possible without letting your character die. To make matters even more challenging, you’re simultaneously tasked with completing a series of puzzles throughout five different areas all while listening to a soundtrack that was composed by Adam Orth and the band Weezer. (Because why not?)