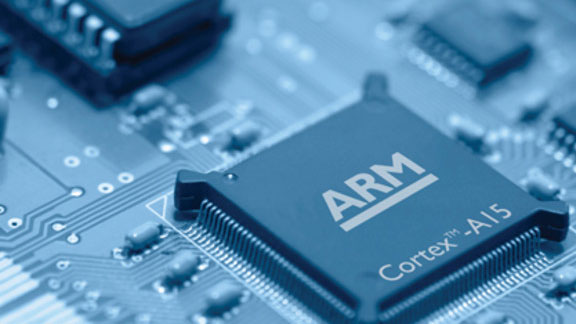 ARM, the name behind the processors within much of our smartphones and tablets, is preparing for the imminent artificial intelligence (AI) revolution with a brand-new chip design. The firm calls it DynamIQ – pronounced “dynamic” – an extension of its existing big.LITTLE architecture.

For those who are unfamiliar, big.LITTLE is a processor design philosophy that involves a combination of “big” and “little” cores on the same chip. ARM developed this for enhanced power management, in that only using the big cores for big tasks and shutting them off otherwise ultimately saves juice.

However, ARM was limited in how it could implement the big.LITTLE design and how it could be used by hardware and software makers. For instance, the sets of big and little cores within a given processor were each limited to a specific frequency and power consumption that could not be changed.

It does what it says on the tin

Now, with ARM’s new DynamIQ architecture, an extension of its Cortex-A design, the amount of big and little cores on a single chip can be changed for previously impossible combinations. Furthermore, the power profiles of each core can be individually set, creating custom frequencies for each core in their chip design.

What this means is that manufacturing partners like, say, systems-on-a-chip (SoC) makers Qualcomm and Meditek, can design their very own ARM-based SoCs with this technology in mind. The idea is for all ARM chips moving forward to mold to a wide range of devices’ needs through the versatile DynamIQ design..

In short, this is ARM’s play for its chips to be better suited for product categories beyond mobile devices, like Internet of Things (IoT) products, data center servers, in-dash auto systems and virtual and mixed reality devices, but especially AI and machine learning.

To that end, the firm promises a 50 times increase in AI-related performance from its DynamIQ processes over the next three to five years, as its partners optimize ARM chips for AI. That will be thanks to, in part, 10 times faster communication with on-board hardware accelerators that ARM’s various manufacturing partners might decide to add. (A redesigned memory subsystem is promised to help in faster data access and smarter power management as well.)

The new ARMv8-A – remember, this new design builds upon the previous version – chips are expected to be in a rare position when they launch later this year. As ARM puts it, its processors are “the only common compute architecture from sensor to server.”

That has a chance pay off in dividends for ARM, but what this means for you won’t be seen for some time.