Allen’s twin fuselage, six-engine ‘Stratolaunch’ is 238 feet long, 50 feet tall with a wingspan of 385 feet. Here it is: 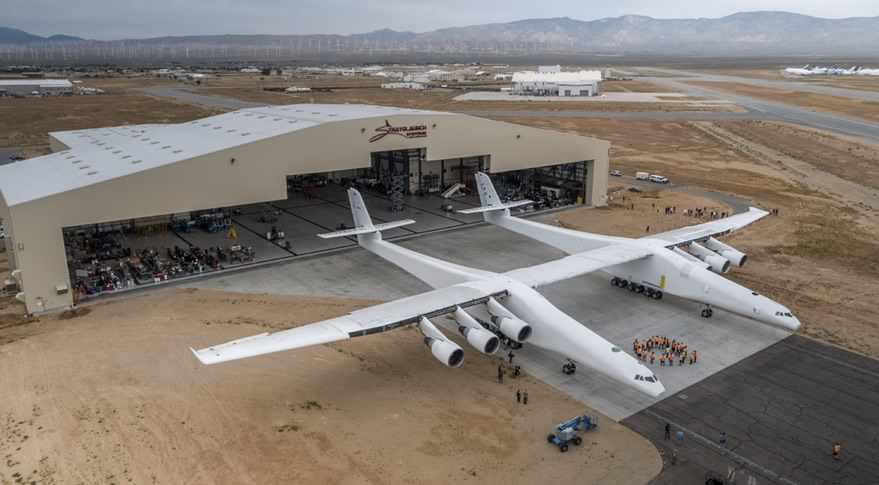 We’ve seen bonkers billionaires, mostly Russians, vying with eachother to build the world’s biggest yacht, so the Allen-Brin thing is an entertaining variation on the follies with which plutocrats beguile us.