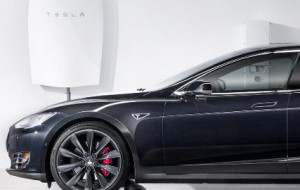 China says it wants one fifth of all cars sold in China to be electric or hybrid by 2025 and is giving subsidies to local EV manufacturers which are not given to foreign manufacturers.

“The proposed rules’ ambitious enforcement date is not possible to meet, and if unchanged would lead to a widespread disruption of the product portfolio of most automakers operating in China. At a minimum, the mandate needs to be delayed a year and include additional flexibilities,” say the trade associations.

The trade associations are asking for equal treatment for subsidies between local snd foreign car manufacturers.

“This preference for domestic automakers over import automakers undermines the environmental goals of the regulation, puts imports at a competitive disadvantage, and risks opening China up to international trade disputes,” the letter said.

China is prioritising EV promotion because of pollution and because it wants to drive down the cost of local EV manufacturing in the hope of giving local manufacturers a competitive edge over foreign EV manufacturers.