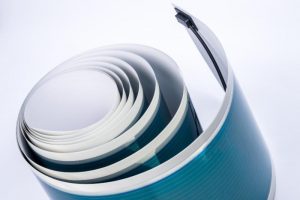 The significance of HeliaFilm is that it integrates the PV panels as part of the building. In this way the energy generation can be distributed around industrial and commercial buildings which will be smartly connected with devices and vehicles.

“The world’s power generation is changing and it is transforming into a smart network of distributed energy generators. We are going from a centralised generation model to a decentralised one.”

Heliatek will exhibit at CES 2017 with its strategic partner Engie as part of the OpenInnov pavilion.