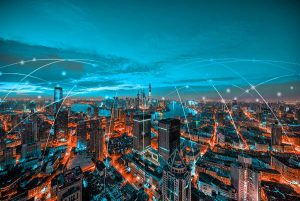 “The introduction of LTE-Advanced and 5G requires mobile operators to invest in virtual core network technology, in order to operate with dynamic flexibility and reduced cost,” said the firm. “TeraVM LaaS provides a comprehensive validation platform for the virtual evolved packet core [vEPC], offering an automation framework, that integrates with any orchestration [MANO] platform for both EPC network functions and test elements simultaneously.”

TeraVM LaaS offers end-to-end testing from RAN to core when used with Cobham Wireless’ TM500, which stress tests the impact of RAN traffic on the core network.

Partnering with ng4T, TeraVM LaaS can emulate thousands of base stations and millions of mobile subscribers in a single virtual machine.

The Cobham product can be deployed as a virtual network function (VNF) due to the addition of its software defined lab (SDL) function, via Luxoft’s NFV automation and testing framework.

“Previously it would have taken one to two weeks to set up a complete RAN to core test lab. Now the unique SDL configuration that TeraVM LaaS offers means a single user can perform the set-up and testing of two vEPC test deployment configurations in less than an hour,” said Luxoft product manager James Hopson.

Cautioning, Cobham director Robert Winters said: “Virtual environments are more dynamic and flexible than their hardware-oriented predecessors. However, these new environments require careful benchmarking and validation, supported by an overarching requirement for security. VNF vendors have become more reluctant to provide benchmark figures due to the almost infinite configurability of underlying resources in a mobile service cloud. Adding containers and virtual network functions on x86 servers in the mobile network infrastructure introduces another abstraction layer adding to the challenge of performance validation.

Cobham’s product will be on show with Cisco’s vEPC at Cisco Live in Las Vegas next week.