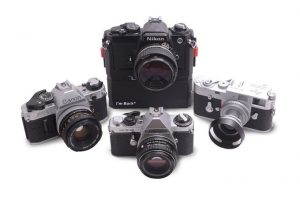 You can still get film, of course, but we’ve all got so used to the instant gratification of digital imaging that it’s only for very special occasions that we allow ourselves the luxury of using film, and always as an addition to digital, never instead of…

I was delighted, therefore, when a colleague pointed out stories of a Kickstarter project that might restore my F3 to a useful life. I’m happy to report that it achieved its target with backers pledging a total of €53,991 against a target of €20,000 (269%) and is now in the pre-sale phase of development.

Called “I’m Back”, it describes itself as an add-on that will turn your classic SLR into a “hybrid” camera working with photographic films or in digital mode.

The current I’m Back is available for:

It also boasts a “universal accessory”, which can be adjusted to almost all 35mm cameras, so the list above is not exclusive.

“I love photography, be it analogue or digital, and I love the great cameras that, by a sudden change of technology, ended up being archived and forgotten inside a box or drawer. So I couldn’t stop thinking how to revive those wonderful vintage 35mm cameras.”

Medeiros worked to keep a lid on costs by developing a system called “image photo over the focusing screen” where the whole 24×36 area is optimised and digitally recorded.

In the DoF adapter digital back, the image is projected on to the focusing screen. Then a digital camera takes a photo of this focusing screen
Source: Samuel Mello Medeiros

Instead of using large expensive sensors Medeiro developed what he called a depth-of-field (DoF) adapter. 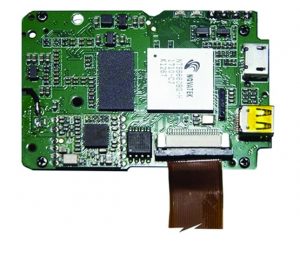 Early prototypes were developed using a Raspberry Pi, but the production model I’m Back has a 16mp Panasonic CMOS sensor that can take pictures and record video at 20mp, 16mp, 12mp, 8mp, 4mp or 2mp.

“Thanks to the focusing screen it will always maintain the vintage flavour of your 35mm camera,” says Medeiros.

A smart two-inch touch screen display is included for GUI.

Wi-Fi is also on board so that images can be uploaded to a smartphone, and if you want a bigger interface the I’m Back can be synced with a smartphone in order to use the bigger display fore easier control of the camera.

Professional photographers should note that the I’m Back was designed to reuse analogue equipment in a digital way, which gives what the makers call a “retro” aspect to its pictures not on a par with pure digital or analogue.

Let’s give Medeiros the last word:

“It’s far beyond the idea to shoot digital images with millions of pixels; the mission here is to capture the silent fraction of a piece of time: it’s inspiring, it’s a life style, it’s spiritual.”