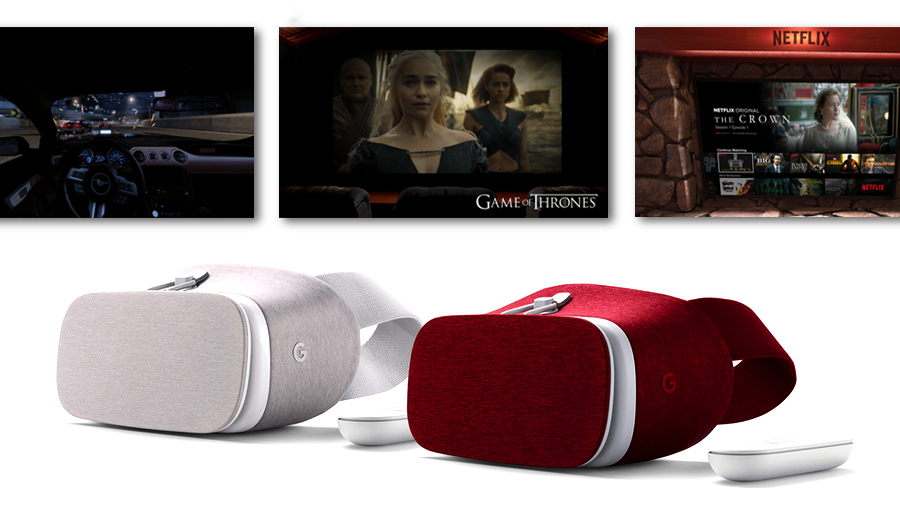 If you held out on Google’s Daydream View headset because the original Slate color seems a little too ‘blah’ for you, you’re in luck.

Google announced today that the next two variants of its VR headgear – Snow and Crimson – are now available to adorn your face.

In addition to the new palette-swaps, Google also presented the next wave of Daydream-compatible apps and games coming to the headset’s digital marketplace.

This apps included media watching standbys like HBO GO, Netflix, and NextVR – the latter of which allows you to take in concerts and sports right from the sidelines or center stage.

While HBO Go and NextVR are available now for Daydream users (Daydreamers?) Netflix is still en route, with Google saying that the popular video streaming service will land on the headset “later this month.”

How do I get one?

All three colors of the Daydream View are available online starting today via the Google Store in the US, UK, and Australia for $79/£69/AU$119 respectively.

Google is also planning on bringing the View to Verizon and Best Buy locations in the US “soon,” with the same going for EE and Carphone Warehouse stores in the UK.

Note that you’ll still need a Daydream-ready phone to power your headset. Until recently, Google’s Pixel and Pixel XL were the only way to go, but Motorola’s Moto Z and Moto Z Force recently doubled the list of compatible mobiles available for purchase.