Audio amp blows a Raspberry
This expansion board adds a CD quality audio and 44/48 bit stereo record and playback to the Raspberry Pi.

Dubbed PiFi the add-on board has three audio outputs that include stereo headphones. There is a Sony/Phillips Digital Interface Format (SPDIF)-6+6 Watt speaker amplifier.

RS Components is selling the board which comes with a microphone but an external hi-fi microphone can also be connected.

The board is Advanced Linux Sound Architecture (ALSA) driver compatible.

Called RaspTouch, the audio player has created an aluminium chassis for the player which has an ESS Sabre ES9018K2M digital-to-analogue converter (DAC) and its own touchscreen display.

The processing engine is a Raspberry Pi 3 which runs piCore Player and if you are not a Linux user you can opt for the ready to use Runeaudio edition.

Getting Pi in the picture 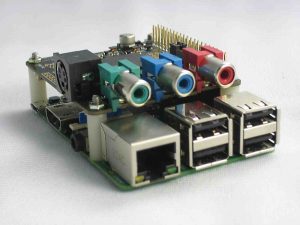 PiCapture is a video capture system based on the tiny computer board which emulates  the Raspberry Pi camera. 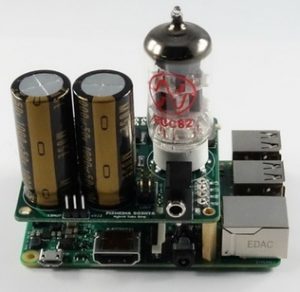 The 503HTA, designed and manufactured by Pi2Media, is an I/O shield for Raspberry Pi designed to provide “valve sound” audio for the single board computer.

This HAT allows the Raspberry Pi to drive headphones from 32 – 300ohm.

It can be pre-ordered from the US firm’s website and the price is $159.

Watch Strictly on a Pi
BBC TV programmes can be downloaded and viewed offline on your Raspberry Pi as high definition .MP4 files.

Alex Eames from the RasPi.TV spotted a new problem which is that get_iplayer now requires a manual install of FFMPEG or it won’t convert the downloaded .ts files to .MP4 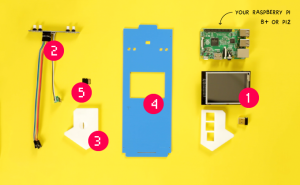 There NORD developer collective in London have gone all creative with Raspberry Pi.

They have come up with an easy to use design project platform for Raspberry Pi called Tingbot.  and they are creating smartphone apps to allow users to design graphics, draw, connect to simple data feeds and other interactive apps.

From a retro games emulator to a MIDI effects controller, you can create all kinds of apps for Tingbot. 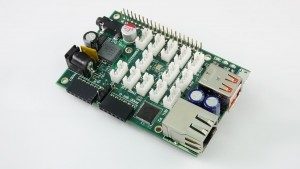 Pi 2 Design has developed a solid state drive shield for the Raspberry Pi 2.

There is also an IoT sensor hub shield for Pi, the 502IoT, which provides access to sensors using the buffered 1-Wire Bus, along with the multiple Grove and PMOD I/O expansion connectors. 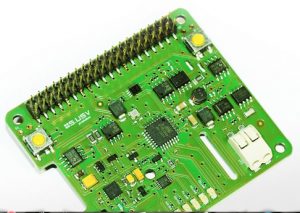 An uninterruptible power supply has been created for the Raspberry Pi by Olmatic in Germany.

The power supply can be adjusted so that the charging current can be 300mA (standard), 500mA, or 1A, depending on requirements.

Called S.USV pi basic, it connects through the J8 connector on the Raspberry Pi and as it  uses a common voltage source no additional cabling or power supply are needed.