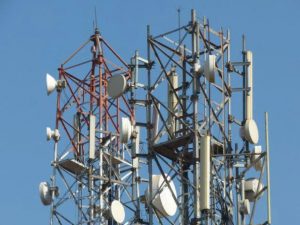 EE’s 4G coverage is available to its users 90% of the time across the UK, says Rootmetrics.

“These latest results have really shaken things up and show the increasing competitiveness in the UK, particularly over the last six months,” says Scott Stonham, general manager of Europe for RootMetrics, “EE continues to lead the way, but Three and Vodafone are close behind. What is clear is that each operator showed strong performance in at least one particular country, while nobody was able to sweep the board at the four-nations level. UK consumers have strong mobile options depending on how and where they use their devices most.”

Highlights across the four nations, by operator, include:

EE claimed the top mobile performance award outright in England, as well as for Network Speed and Data Performance, which – due to its dense population – resulted in EE’s overall UK-wide win. The operator also claimed all Network Speed, Data, and Text Performance wins or shares across all four countries
Vodafone was named overall winner and most reliable network in Northern Ireland, as well as an outright claim for the Call Performance award
Three emerged as the top overall operator in Scotland and Wales, also claiming the Network Reliability crown for those countries and England
O2 delivered a good performance in Northern Ireland, securing a shared text award

From a UK-wide perspective, EE retained its title as the overall performance winner, and Three and Vodafone made strong in-roads across other categories. Three reclaimed the title of most reliable network, whilst also earning a joint award in Call Performance with Vodafone. EE continues to lead in Network Speed and Data Performance, while Vodafone tied with EE for the Text Performance award. Vodafone’s wins in the call and text categories are its first UK-wide awards since RootMetrics started testing in 2012.

When looking at the metro area results, composed of the UK’s 16 largest cities, EE once again came away with the most RootScore Awards across all six categories: Overall Performance, Network Reliability, Network Speed, Data Performance, Call Performance, and Text Performance. The operator claimed 74 wins, down from 94 in the second half of 2016. EE’s award tally dip is largely due to declines in Call Performance as the operator shifts technologies