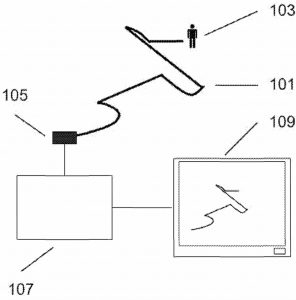 The world is blessed with search and rescue teams, many of whom are volunteers who selflessly move mountains (sometimes literally) to save the lives of others who are affected by disasters. While the rest of us look on helplessly, these individuals use their skill and determination to look for survivors in dangerous situations.

When cavers, climbers, divers and fire fighters enter a hidden abyss at considerable personal risk, every effort must be made to ensure their safety.

Typically, emergency services personnel tie a rope around their waist in order to provide a return route away from the hazard zone. This is particularly helpful if the location is a confined space with limited visibility, perhaps due to darkness or smoke. If the rescue is underground, for example, it may not be possible to use conventional radios and GPS positioning will not be effective.

However, even with the rescuer tethered to a rope, the emergency response team may struggle to determine the location of rescuers or their welfare, and Lancaster University’s invention attempts to address this problem.

The invention is intriguingly described as an ‘intelligent rope’, which can sense its position in space and allow it to be monitored remotely. The rope is of standard construction but includes an electrical wire or optical fibre, which functions as a communications channel with a suitable connector or wireless transmitter at its ‘home’ end.

In order to detect its position, the rope includes bend and orientation sensors at various positions along its length. The bend sensors are thin devices, which change their impedance when bent, and are used to detect the curvature of the rope as it passes around obstacles along the route. It is envisaged that the bend sensors are spaced every 10 cm – 30 cm along the length of the rope.

The orientation sensors are able to tilt and act as inclinometers; detecting their own degree of inclination relative to a horizontal plane. Following the proliferation of the smartphone, such sensors are now everyday electronic components and Lancaster University has used sets of three mutually-perpendicular inclinometers along the length of the rope, close to each bend sensor.

The data provided by these sensors is used to create a visual representation of the rope in space. This can then be used to track the progress of personnel and to ensure that they do not stray into an unsafe location, with the option of the system generating alarms before this happens.

In addition to its basic functionality, the rope may include further sensors to detect temperature, smoke, flames or pressure in order to inform the emergency response team about the safety of the return route. Where the rope is attached to the waist of the individual, sensors can also be used to detect height above floor level and degree of movement; letting the response team know if they have fallen to the floor or are unexpectedly stationary.

The innovative ideas in Lancaster University’s patent highlight some of the risks faced by rescue workers and should go some way to mitigating the dangers taken by these modern heroes.

Michael Jaeger is a partner and patent attorney at Withers & Rogers LLP, a leading firm of patent and trade mark attorneys.