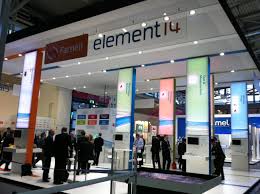 Sponsored by Intel,  Element14 will challenge 15 community members to Upcycle an unwanted or waste product to give it a new or enhanced lease of life.

Element14 invites all engineers, DIY hobbyists and tinkerers to upcycle an obsolete item, computer or appliance and make a useful IoT device.

“We are asking our members to take something useless and make it useful,” says Element 14’s Dianne Kibbey

Element 14 will accept applications for the ‘Upcycle it’ challenge from now until 3rd March 2017. Fifteen official challengers will be announced on 14th March 2017 who will receive a complimentary Kit containing the Intel Edison Kit for Arduino, Arduino Protoshield R3, a Grove Starter Kit for Arduino, AC/DC power supply and USB cable. Each of the 15 challengers will provide weekly updates on their progress through blog posts, photos and videos via the element14 Community.

Finalists will have until 4th June, 2017 to submit their projects. Entries will be judged on originality, innovation and technical merit by a panel of judges including experts from Intel® and element14. The winners will be announced by the end of June 2017.

The grand prize winner will receive a bundle of products worth over $4,000 containing a Keithley DMM7510, a 7 1/2–Digit Graphical Sampling Multimeter, Dremel 4000 MultiTool Kit and Weller Digital Soldering Station.

All Challengers who submit a completed project will receive a finisher’s bundle worth over $100 comprising a Duratool Hot Air Gun and Soldering Tool Kit, and a NTE Electronics Heat Shrink Tubing Kit.