In the latest in our series on the EW BrightSparks of 2017, we highlight Chris Shaw, who works as a Lead Engineer at Sensible Objects.

Chris Shaw is Lead Engineer at the company Beasts of Balance, makers of the Sensible Objects technology game (now on sale in John Lewis and Harrods among others).

The original Sensible Objects founders had started working on a prototype with the Engineering department at Bath University, which is where Chris became involved, helping with the hardware – for example using 3D-printing, Arduino, Autodesk Forge and Unity – and became the fifth member of the team. He has progressed to become Senior Hardware Designer at the company with wide-ranging responsibilities. 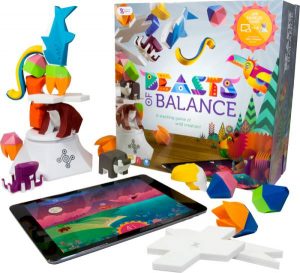 The Electronics Weekly team interviewed him as part of a trip to Makerversity, at Somerset House. See Makerversity grows the London startup scene

The 26-year-old, studied Mechanical engineering originally at Bath University but concentrated more on electronics, continuing on to do a Masters. His design project involved a 3D controller for drones, which was funded by Innovate UK. This work has currently been put on hold to concentrate on Beasts of Balance.

Clearly a very intelligent and motivated individual, his talent for electronics shines through.

Isabella Mascarenhas (IET’s Young Professionals Engagement Manager) – Chris has made great strides in securing a senior position and remit at such a young age. He clearly has a thirst for innovative product development and curiosity to learn more can only stand him in good stead for the future.

Lindsley Ruth (CEO, RS Components) – Chris is a great example of how the collaborative and supportive environments within maker spaces can support talented individuals in bringing their ideas to fruition. Chris’ story demonstrates how a career in engineering can take you down so many different paths, in this case into the development of board games.