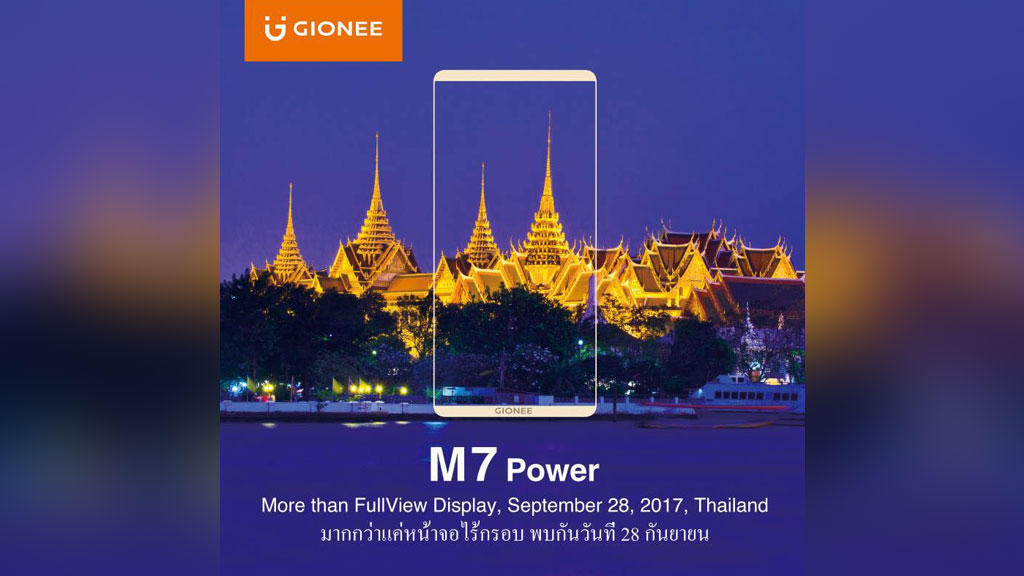 Chinese smartphone maker Gionee has revealed that it will be launching its first bezel-less smartphone on September 28th. The M7 Power will be the first phone to feature extremely thin bezels on the sides and minimal bezels on the top and the bottom. The company had released a teaser of another phone, the Gionee M7, which is also reported to come with an almost bezel-less display, just like the M7 Power.

Gionee’s teasers were spotted on Chinese social network website, Weibo. The teaser points at the M7 Power, which could be a ‘Power’ version of the regular Gionee M7. Some reports suggest that it could be a variant of the Gionee M7 with a bigger battery.

Coming to the specifications of the Gionee M7, the phone was spotted on popular benchmarking website GFXBench. The listing revealed that the phone will come with a big 6-inch display with a resolution of 2160 x 1080 pixels, resulting in an aspect ratio of 18:9.

Powering the Gionee M7 could be an octa-core Mediatek Helio P30 processor, clocked at 2.3GHz, paired with a Mali G71 GPU. The phone could come with 6GB RAM and up to 64GB of internal storage. In terms of optics, the Gionee M7 and M7 Power could come with a 16MP rear camera with support for up to 4K video recording and HDR. On the front, the two phones could feature an 8MP camera for selfies and video recording.

With the smartphone industry quickly latching on to new trends, we’ve seen companies bring features like fingerprint sensors, dual cameras and now bezel-less smartphone design to the mid-range. Another notable smartphone with a bezel-less display in the mid-range is the LG Q6, drawing inspiration from the LG G6. Whether this is lapped up by customers or not remains to be seen.