The research classifies middle class people as people with discretionary income to spend on large consumer items such as refrigerators, washing machines or motorcycles, if they pay for entertainment, if they go on family holidays and if they have enough resources to withstand an economic shock, like  illness.

By this measure, 3.6 billion people are middle class. 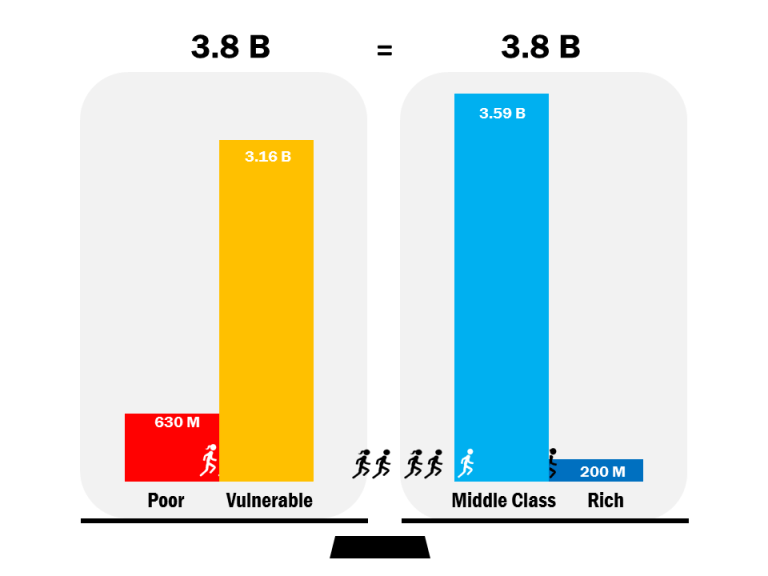 The researchers found that one person escapes extreme poverty every second, and five people a second are becoming  middle class.

By 2030, the researchers forecast that the number classed as rich will have grown to 300 million and the middle class will have expanded by 1.7 billion to 5.3 billion people. 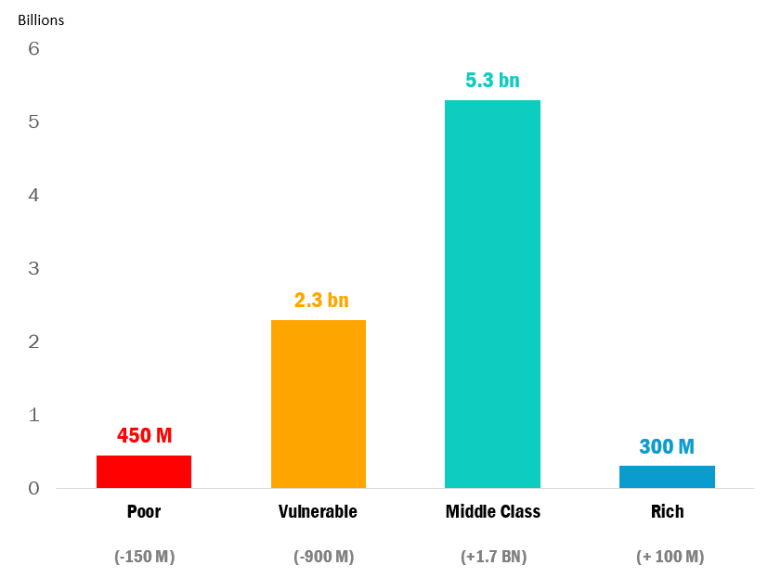 Asia accounts for the improvement in living standards  with nine out of  ten of the new middle-class consumers predicted to be in China, India and south and east Asia.

“We are living through a landmark moment in human history: the first time since agricultural civilisation began when the majority of the world’s population does not live in considerable poverty,” says Kristofer Hamel, COO of World Data Lab, “while spending $11 a day or more may not seem like much to those who live in developed economies, crossing this threshold often constitutes the beginning of basic middle-class behaviour and lifestyle — having a basic standard of sanitation and healthcare, decent housing and the possibility of improved educational outcomes.”