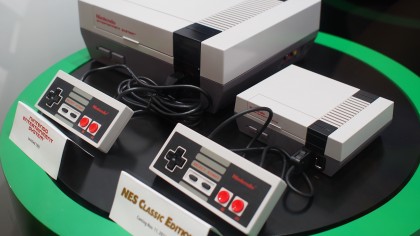 Nintendo’s NES Classic Edition may look like an old-school Nintendo Entertainment System (if it had an encounter with the “Honey I Shrunk The Kids” laser), but what’s it packing under that miniature hood?

With a few machines now out in the wild ahead of the NES Classic Edition’s 11 November release date, a few daring souls have started to peel back the chassis for a peek at what Nintendo’s popped inside.

And, considering it’s replicating a 33 year old machine, you might consider the mini NES’s internals a little like overkill.

Gamespot’s Peter Brown went inside first of all, and tweeted the following image:

Unless you want to desolder flash memory from the motherboard, looks like it’s impossible to add new games to NES Classic. pic.twitter.com/jc99WSrNJjNovember 2, 2016

Though he revealed that soldered-on flash storage would make it near impossible to update the machine with your own games, he didn’t identify the components in use specifically.

But Reddit’s gaming community was more than a match for the task, examining the image to break it down component by component.

With a quad-core chipset, it’s far more power than the 8-bit NES ever made use of. But with the NES Classic Edition outp utting over HDMI to 1080p resolutions, and also making use of processor intensive filters, it’s got good reason to have a little extra headspace.

It’s worth remembering too that, though more powerful than the original NES hardware, it’s far more economical to use current-gen, off-the-shelf components than it is to rebuild era-specific 80s hardware, which production lines will no longer be set up to create.