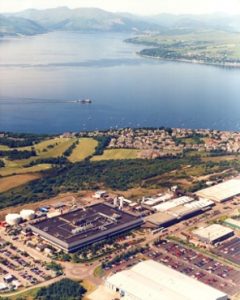 TI said last year they intended to close the plant by 2019.

Closure will mean the loss of an estimated 572 jobs including 318 direct positions and 45 contractor jobs.

Inverclyde Council tried to find a buyer and attracted interest from five companies but the last two potential buyers have now withdrawn from any deal.

Councillor Stephen McCabe told the Greenock Telegraph: “It’s looking increasingly unlikely that anyone will take over the plant as a going concern. There is no longer any ‘live’ interest in it. The company will continue to market the facility, although we don’t know for how long, and it is not beyond the bounds of possibility that further interest will emerge, but we now have to think about alternative uses for the site.”

Cllr McCabe said that Brexit, American focus on domestic job creation and another Scottish referendum were making prospects for the fab less promising.

Closure means the loss of £2.1m to the west of Scotland economy, and nearly £6.4m across the rest of the country.

The Greenock fab was built by Ernie Friburg in 1970, three years after Charlie Sporck became CEO of National.

“We found good employees plus excellent technical people among the local population,” recalled Sporck in his auto-biography SPIN-OFF, “the Greenock plant was more than successful; the employees produced excellent wafers and we relied on them for many important products.”

So highly did National rate its Greenock workforce that, when a fire damaged the plant, National shipped the Greenock workers over to the USA and employed them to run round-the-clock shifts at its US fabs to make up for the lost Greenock production.

A lot of the girls found American men very much to their liking and never came back.

“Our employees have done everything they can to keep the site cost-competitive, and we strongly considered ways to improve the site’s efficiency, such as upgrading or expanding the facility,” said TI last year, “however, even with a considerable investment, TI’s factory in Greenock would be far less efficient than our other larger, more efficient fabs which have open capacity available to absorb what’s produced in Greenock.”