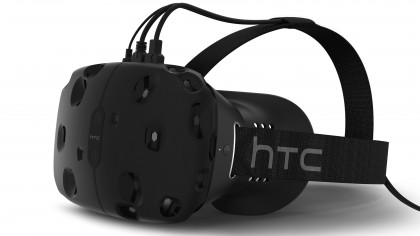 Updated: At last year’s Steam Dev Days, Valve showed off an updated version of the Vive’s controllers, which might give us an indication of what might end up making its way to the HTC Vive 2.

When HTC first announced its HTC Vive headset, it almost felt like a me-too attempt to get in on the VR excitement generated by the Oculus Rift, but pretty quickly it became apparent that its room-scale VR resulted in a uniquely immersive experience.

Now rumors are circulating that HTC is working on a follow-up, the HTC Vive 2, and it’s been codenamed ‘Oasis.’

We initially thought HTC had confirmed the existence of the Oasis in an interview that emerged just a couple of days later, but this turned out to be a false alarm.

Details are scarce on the new hardware, but we’ve collected everything we know about the upcoming headset below, and we’ll be updating this page frequently as new information emerges.

Cut to the chase

With no official confirmation regarding the HTC Vive 2 release date, it’s unclear when we might end up seeing a follow-up to the VR headset.

Whether HTC will end up following the phone model (where hardware refreshes are produced every year) or the console model, (which typically sees new hardware once every six years), is currently unclear.

The original HTC Vive headset was released on April 5 2016.

The controllers were spotted at last year’s Steam Dev Days, and feature a strap that attaches the controllers to your wrist, allowing you to completely let go of the grips in order to simulate ‘dropping’ a virtual object.

Exact spec details of the new controllers are unconfirmed, but one report claims they contain a total of 21 sensors.

We don’t know too much about what features the new HTC Vive 2 might end up sporting.

Based on the work of various startups, we’d be surprised if the HTC Vive 2 didn’t end up going wireless.

Back in September we reported that Bulgarian company Quark VR was working alongside HTC to build a wireless prototype headset.

More recently, a startup called TPCast has developed a wireless add-on for the existing headset, which it hopes to ship in early 2017. The company claims that the lack of wires introduces no noticeable latency, which, if true, is impressive.

Beyond wireless however we’re left with a wishlist of things that we hope HTC fixes with the next iteration of the headset.

Although the resolution of the current headset means that images are fairly sharp when up close to your face, we’d still like to see resolutions go higher. A pair of 4K screens would be an utterly decadent addition to the headset, but is probably unlikely because of how difficult they’d be to drive at an acceptable framerate.

We’d also like to see a more convenient technology to enable the headset’s room-scale technology. The current Lighthouses are pretty tricky to get set up right, and their short power leads make them more inconvenient still. However, a recent report suggested that they are getting a re-design. The new Lighthouses will apparently make use of fewer moving parts, swapping out the dual-rotor laser sweeping system currently used in favor or a single rotor movement. This will reduce manufacturing costs and make them less prone to breaking, too.

As a final point, Sony’s PlayStation VR has proven how it’s possible to make a very capable VR headset that also looks great. In contrast, the first generation of the Vive looks more like a piece of industrial equipment. It’s definitely good looking in its own right, but it hasn’t got the sleek finish of the PS VR.

A sleeker look for the HTC Vive 2 would make what is already a fantastic bit of kit, an absolute necessity.