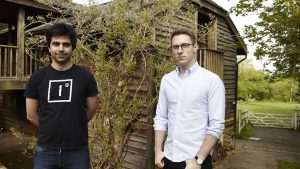 It is not a majority stake and the investment makes Improbable a Unicorn.

Keeping control is important to Improbable co-founders Herman Narula and Rob Whitehead (pictured) who want to build, they say: “A world-leading platform.”

Improbable builds large scale virtual worlds for games companies but their technology could be used to model real-world systems such as transport systems.

Improbable also licenses its technology to customers and has opened up its Spatial OS to other developers.

It has put its platform on Google to allow others to use its technology to create simulations.