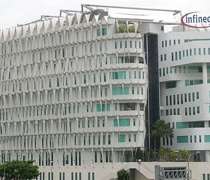 The court has made no decision on the merits, says a Infineon, Macom has neither won the case nor is settlement imminent.

Macom had been willfully infringing patents owned by Infineon Americas by operating outside the scope of a license agreement, says Infineon.

Macom then filed a complaint in the United States District Court for the Central District of California in Los Angeles.

While no decision has been made on the merits, the court dismissed claims in Macom’s second attempt at a complaint in October 2016 (Macom had voluntarily amended its first one).

Macom has recently filed a third version. Infineon believes that the third complaint is still flawed and will move to dismiss this week. Once the lawsuit eventually proceeds, Infineon expects a decision within 1-2 years.

Specifically, and contrary to press releases by Macom, the court has made no decision that Infineon has “acted improperly in trying to operate in Macom’s exclusive field,” states a Infineon, to the extent Macom has given the impression through press releases, analyst calls, and customer communication, that it has won the case or settlement is imminent, such impressions are false.