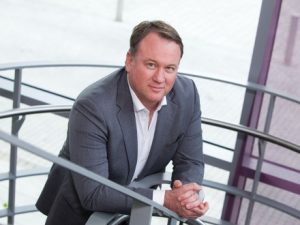 Electronics Weekly, in partnership with RS Components, is launching the EW BrightSparks programme to help identify and celebrate young talent in the electronics industry.

We took the opportunity to interview the company’s CEO, Lindsley Ruth, to sound out his backing for the initiative.

Does the UK need something like EW BrightSparks, we asked? Should we celebrate young talent to encourage more people into the industry?

“I think the industry in the UK does need such a programme,” said Ruth. “A shortage of engineers is anticipated in the UK by 2022. And the average age of an engineer in the UK today is around 54 years old…”

“So, as we move forward, over the coming five to ten years, the need for engineers is increasing and, unfortunately, the output from universities and schools is decreasing. So there’s a large gap, moving forwards.”

“There’s a strong digital talent pool here in the UK,” he noted, “but the technology side of the business, the hardware engineering side, is lacking, so there’s an opportunity.”

“If you look to the past, and the success of Silicon Valley – its continued rejuvenation – it’s really because of the ecosystem that’s been created.”

“It’s a partnership between universities, secondary schools, the government and industry to build a proper ecosystem to develop the leaders of the future.”

Making a difference in electronics

Can individuals still make a difference in electronics, given the hyper complexity of new technologies, with often large-scale investments required to get things off the ground?

Ruth cited Eben Upton and members of the team at the Raspberry Pi Foundation as a good example of individuals making a difference, with their own creativity, without a significant amount of investment.

“One of the most successful selling computers in the history of the UK is the Raspberry Pi”.

“They recently sold their ten millionth unit. A lot of engineers had some great ideas and now they are in the fourth year and they’ve created a successful company here in the UK. So yes, individuals can make a considerable difference.”

What are the barriers to entry for young people to come into the industry?

The range of choice is actually one of the biggest barriers to young people choosing a career in electronics, he suggested.

If you look today at the number of undergraduate degrees on offer, there is a broad range of choice, he said. “When I graduated in the United States, there were around half the number of degrees that exist today at the same university.”

“And like the US, the UK has moved more towards a service economy with a greater emphasis on software and financial services and other areas, as opposed to technology and the hardware side of the business.”

“But make no mistake, the hardware side is still really important to the future success of the UK and western countries.”

Finally, the question had to be raised about the UK’s future place in the world, with the likes of ARM already sold to a Japanese company, and Brexit on the horizon…

“Looking ahead to the next five years, I think the UK is at a crossroads,” said Ruth. “And unfortunately Brexit has created a lot of uncertainty. However, I do feel confident in the role that RS components will play, not only as a UK company but as an international company.”

“Obviously there is a concern”, he said, noting recent acquisitions of companies. But the best way to fight off threats, he suggested, was by “good execution and continuing to invest” for companies to do the best they can.

He finished on a very positive note: “I’m very optimistic about the future of Great Britain.”

You can also see a video of the full interview: