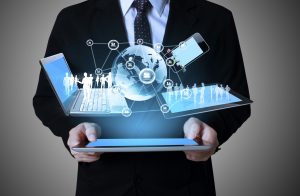 Companies will be monitoring negotiations closely, and there will be some changes in IT investment. For example, in financial services, analysts expect to see some countries in Europe put more investment in IT to offer a more viable option for EU countries than the UK.

“We see software and IT services spending in Germany and France increasing, while UK services stay relatively flat,” Lovelock said. “There are other countries, such as the Netherlands, Luxembourg and Ireland that are also increasing their IT spend to contend as a viable alternative to banks in the UK. We are seeing examples of many banks in talks with these countries to examine the possibility of moving their operations outside of the UK.”

“We have also taken into account the US presidential race, as well as a potential rate cut by the Federal Reserve. Typically, there is a slight pause in IT spending leading into the election, and then a relief in spending, subsequently. However, trends have shown that IT spending in the US is not dependent on presidential leadership, so neither candidate should have a significant impact on IT spending in the near-term.”