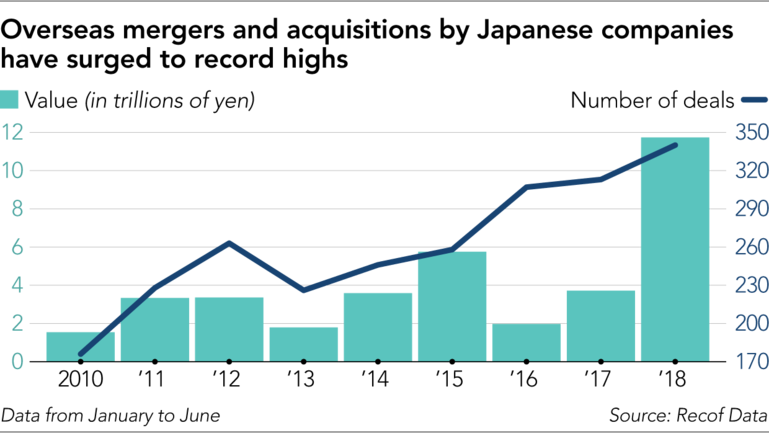 The biggest deal in H1 was Takeda Pharma buying Shire of Ireland for $63 billion.

It is happening as traditional Japanese industry has been in dire trouble: the display industry forced to consolidate and seek a bail-out, Renesas bailed out by the state, Sharp sold to Taiwan, and Toshiba going  through agonies to raise the cash to stay alive.