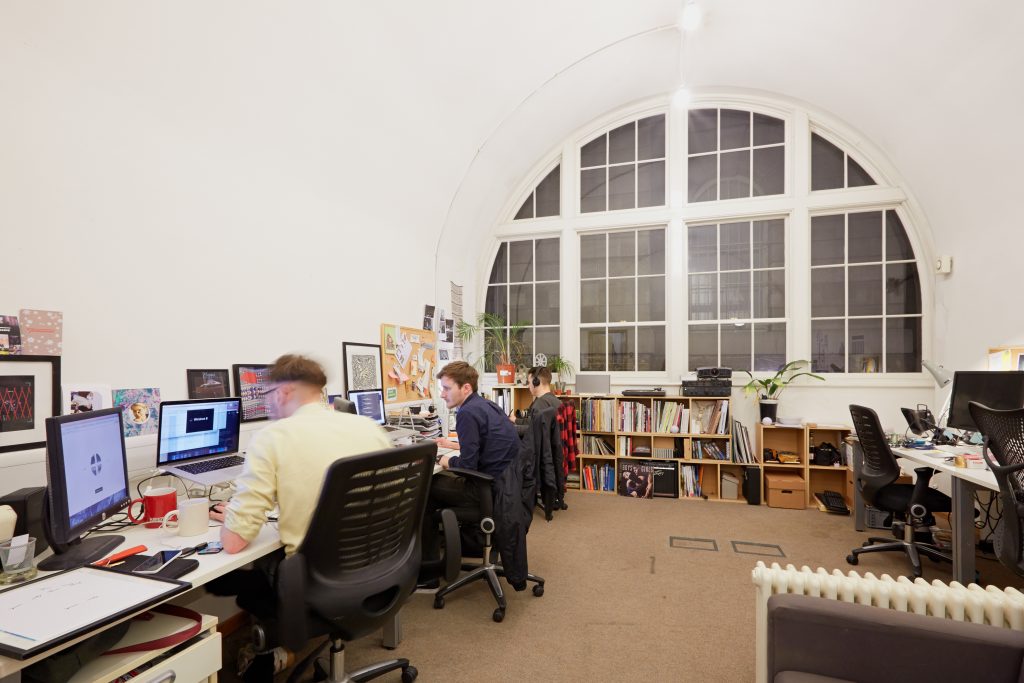 I first learned of Makerversity at the Discover Blue event back in the summer, highlighting the latest gadgets and technologies featuring Bluetooth wireless comms. Sensible Objects, and their Beasts of Balance game, were showing off their innovative work and mentioned the location. I knew Somerset House – art collections, cafe’s summer concerts – but I didn’t know it housed a fair number of London’s maker community and startup ventures, including technology outfits as well as the design and fashion firms.

So, what’s it about? Andy Hutt, marketing and events manager, took me on a tour.

As well as supporting professional makers – be it with co-working spaces or clean and messy workshop spaces, machines and tools – they also run learning programmes, to help inspire a new generation of creative makers. 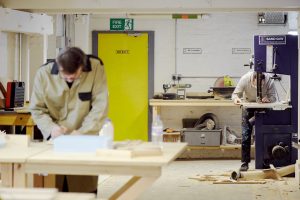 All Makerversity members are encouraged to pass on their experiences and expertise to others, and Andy emphasised the importance of community, that people will help each other, whether practically, in terms of sharing tools, or theoretically, by sharing knowledge and experience. 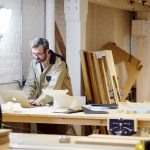 Makerversity features both hot desking (from £175 for 60 hours a month) and permanent desks (from £295 for 24-hour access) as well as “vaults”, which are office spaces for larger teams.

Created by four founders who wanted to help boost Making in the city, it has also supported initiatives such as the Prince’s Trust and provides a learning curriculum to help young people get started. Basically, it provides development and office space without requiring a large-scale investment.

Examples? You can see all the alumni on the organisation’s website but they include Ding, for smart doorbells (which took part in the third edition of John Lewis’ scheme for start-ups, JLAB), Instrument PD, and its Bento Lab portable DNA analysis kit, and the Beasts of Balance team (more anon).

From London to Amsterdam

Following the success of Makerversity London the team behind it has opened up a second site, in Amsterdam. If that takes off maybe we’ll see Makerversities graduating around the world.

Worth keeping an eye on, and certainly worth checking out if you are on the first steps of turning your own projects into serious prototypes, changing from being an amateur hobbyist to a professional maker… see makerversity.org

Another reason to catch up with the Beasts of Balance team was to meet an early entrant to the EW BrightSparks programme: one Chris Shaw, Lead Engineer at the company.

But first, what is Beasts of Balance? A digital board game hybrid, is one description, which is iOS and Android compatible for the tablet / phone element of the game play. 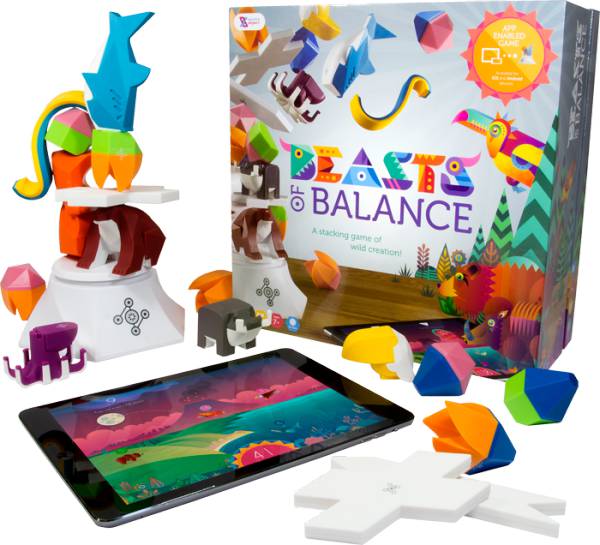 The game could be described as “Jenga 2.0, or Jenga meets Pokemon”. It’s a stacking game that bids to bring toys to life, via the swiping of a NFC tag in the equivalent physical object.

Basically, It takes 2D games and extends them, going beyond the likes of Skylanders or Disney Infinity.

It’s new concept in games. Using our proprietary tabletop tech, it takes place in both the physical and digital world. Players cooperatively take turns to stack Artefacts on a tower, watching as each magically pops into digital world on a connected tablet or smartphone. The aim is to make the most fabulous world before the tower collapses.

The team has successfully crowdfunded the project and is through to the implementation and delivery stage. The likes of John Lewis and Harrods are now stocking the game, which counts as major High Street success.

While you stack objects on a podium, a real-time strategy game takes place on-screen. Both affect one another: The situation in the virtual world encourages you to play certain objects. Likewise, the beasts you position on the tower have ripple effects in the digital game. Mastering both is the key to a dazzling high score.

The Bluetooth LE-based game, is built around the Nordic nRF51822 Bluetooth SoC, at the heart of the game’s central balancing station.

An Arduino and Matlab was used for prototyping and running simulations, before moving to the Nordic SoC and mbed software.

The original Sensible Objects founders had started working on a prototype with the Engineering department at Bath University, which is where Chris became involved, helping with the hardware – for example using 3D-printing, Arduino, Autodesk Forge and Unity – and became the fifth member of the team. He is now Senior Hardware Designer at the company.

The 26-year-old, studied Mechanical engineering originally at Bath University but concentrated more on electronics, continuing on to do a Masters. His design project involved a 3D controller for drones, which was funded by Innovate UK. This work has currently been put on hold to concentrate on Beasts of Balance.

Chris confirmed the community spirit of Makerversity, referenced earlier, saying he tapped into fellow members experience – of developing Apple firmware – when he was grappling with interrupt handling issues using the ARM mbed platform and Bluetooth comms. As just one other example, a fellow member had recently lent him a spectrum analyser to help with testing and also shown him how to use it…

Thanks again to Andy Hutt and his team for the Makerversity invite, and best of luck to the Beasts of Balance boys. Here’s hoping it’s profitable time for the game in the runup to Christmas.

You certainly leave Somerset House inspired by what is possible, and very impressed by what teams of entrepreneurs are already achieving.