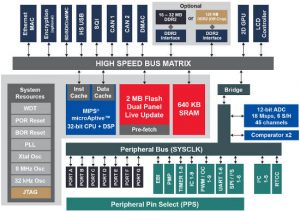 It is aimed developers of embedded products wanting high-quality images and animations on displays up to 12inch.

Up to 24bit colour is available in multiple input and output formats – with a global colour palette look-up table (CLUT) supporting 256 colours built in.

One argument for such colour depth, according to Microchip product marketing manager Kurt Parker, is that end-users can achieve accurate colour matches for branding. 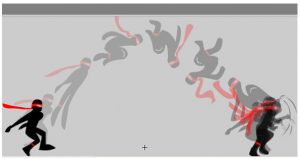 “We have not found a sprite engine anywhere within other microcontrollers,” said Parker.

Three independent composition layers are available, and there is an integrated DMA controller to offload the CPU for clipping, rotation (90°, 180°, 270°) and transparency.

The underlying microcontroller architecture is the MIPS-based PIC32MZ – the graphics-enabled parts have been dubbed ‘PIC32MZ DA‘.

The 32Mbyte of SDRAM is DDR2, and added to the microcontroller by die-stacking. According to Parker, Microchip has a supply agreement with the DRAM manufacturer to isolate volatility in the memory market from its microcontroller pricing. 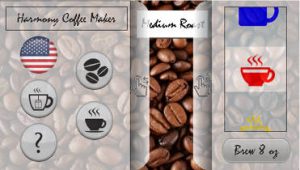 Parker has examples of graphics memory requirements (see images) with stretching the lighthouse image taking 12Mbyte and the coffee maker needing 3Mbyte. As well as a graphics buffers, the DDR2 can be used to store communication protocol stacks. 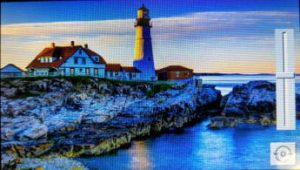 For more memory, PIC32MZ DA comes in a version without the stacked SDRAM die, but with an external memory interface that supports up to 128Mbyte. The built-in DRAM version needs fewer PCB layers, pointed out Parker.

Both versions are available with and without a crypto engine. 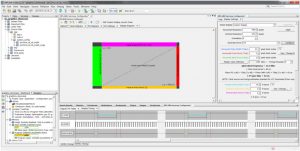 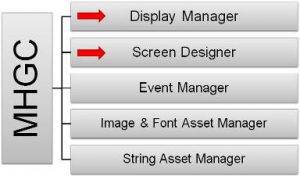 Another facility assists the development of display drivers.

There are two hardware starter kits, one with stacked DRAM and one with a remote memory chip. Both have Ethernet, a Micro SD connector, SQI flash, USB and two Raspberry-Pi-compatible 20way headers.