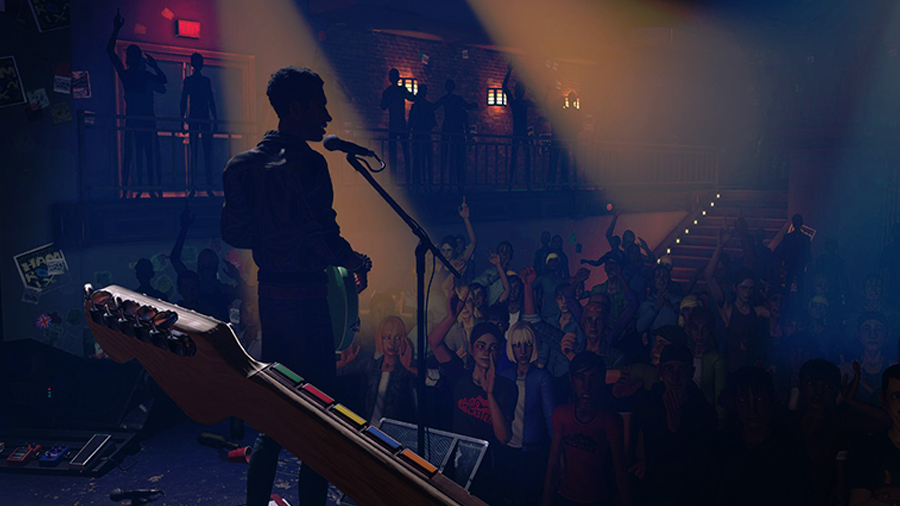 Those who want to guarantee a spot on the setlist now rather than try their luck in a month, however, can pre-order the game with a guitar controller starting today.

Rockers-to-be can put down money on either a Xbox One or PS4-compatible Rock Band guitar controller that comes bundled with a copy of Rock Band VR, which is expected to ship the same day as the VR rhythm game’s release.

The preorder bundle starts at $69.99 (about £55/AU$90), though those with a Rock Band 4 controller for PS4 or Xbox One already in their possession need not drop the extra cash.

Either version of the plastic instrument is compatible with Rock Band VR via Bluetooth for the PS4 controller and the Xbox One Wireless Adapter for the Xbox One version – meaning fans of Harmonix’s previous Rock Band game won’t need to re-purchase a new axe, so long as they haven’t gone all London Calling on it.

That said, you’ll still need to get your hands on a pair of Oculus Touch, as Rock Band VR requires the motion controller and its included connector before any virtual shredding can go down.

Finding an Oculus Rift on its own could also prove potentially challenging, following Oculus’ $500 million loss in a recent legal battle with video game publisher ZeniMax – one that may possibly also put a temporary halt to Oculus and parent company Facebook selling more of the VR headset.