By adding an audio HAT to your Raspberry Pi you could have high quality audio at a fraction of the cost of a traditional audio DAC.

“Some businesses will charge into the many £000’s for a DAC or for a high-quality audio player in general (I’ve seen one priced at £12,000!) – even though a Raspberry Pi 3 in a case with a HAT on top can essentially do the same job for a substantially lower price point.”

Pi Supply is selling a range of Raspberry Pi audio HATs that can do the exact same thing for less than £100 (including the Pi). 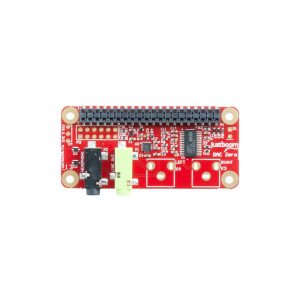 “Just connect your DAC HAT to a set of powered speakers or an audio amplifier and you can be up and running quickly, enjoying flawless high quality audio playback within minutes of setting up this Raspberry Pi HAT.  We also include an optional IR receiver to allow remote control operation of your Raspberry Pi,” says Whiting.

The HAT uses the I2S interface for its audio input which reduces CPU load on the Pi Zero compared to USB solutions. It is also powered directly from the GPIO header so no extra cables or power supplies are required to connect to the Raspberry Pi.

There is also an audio amplifier HAT (rrp £24) designed specifically for the Raspberry Pi Zero. It provides up to 192kHz/32bit digital to analogue conversion and gives up to a 2x40W Class-D amplified output.

They have also included an optional IR receiver to allow remote control operation of your Raspberry Pi. 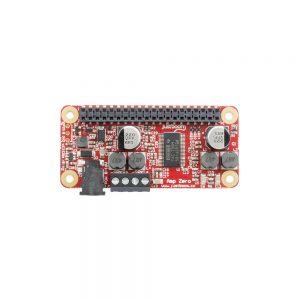 And if you want to stream audio there is a Digi pHAT digital audio output board (rrp £24) for the Raspberry Pi Zero.

According to Pi Supply this means Raspberry Pi can be used for: