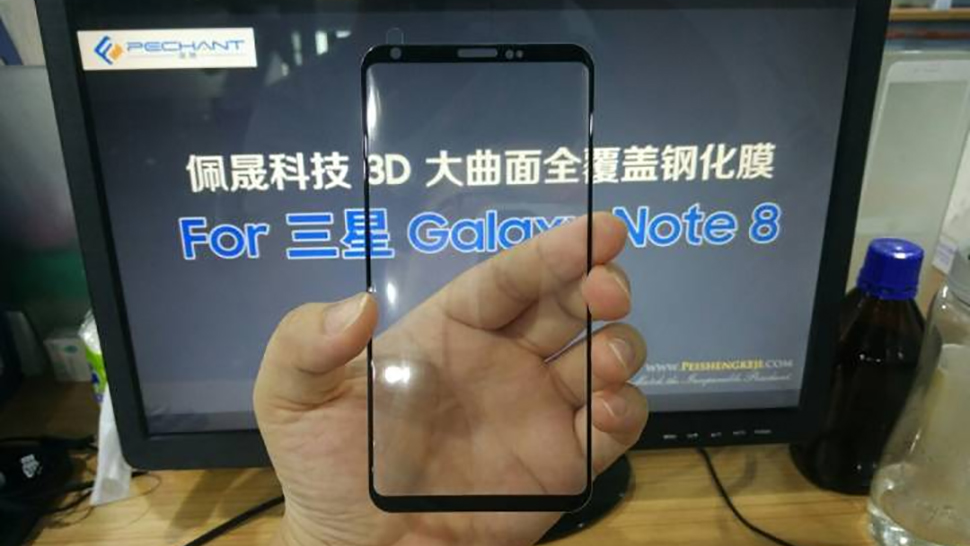 Are you ready for everything the Galaxy Note 8 is going to bring with it? You can get yourself in the mood for the flagship phablet’s upcoming launch by casting your eyes over the latest unofficial video and picture leaks to hit the web, showing what’s claimed to be the front panel of the device.

Posted to Chinese social network Weibo and picked up by Phandroid, the images and clips show the now-familiar, bezel-crushing curves of the Infinity Display, though in this case the size goes beyond even what the Samsung Galaxy S8 Plus can offer. The Note 8 is expected to show up with a 6.3-inch or 6.4-inch display, to beat the 6.2-inch one on the Plus.

We don’t know too much about the leaker in this case so adjust your expectations accordingly, but the front display panels seem authentic enough to be real. It’s no surprise that the Note 8 would follow the path of the Galaxy S8 and S8 Plus, and it hints that the fingerprint sensor will once again be around the back of the device.

From the same source we have what purports to be an official press image showing a rendered Galaxy Note 8, though in this Photoshop-enlightened times it’s even more difficult to be certain about this one than the front panel leak. By all means check it out, but don’t be shocked if it doesn’t turn out to be genuine.

It’s also worth bearing in mind that the front panels you see in the videos and images above may be of a prototype design that Samsung has since modified or discarded. The company usually tests multiple versions of its handsets before deciding on a final design to take to the manufacturing process.

We’re expecting the Galaxy Note 8 to arrive in August or September to try and steal some of the thunder of the iPhone 8. The 6.3-inch or 6.4-inch screen is rumored to be rocking a full 4K resolution, while previous leaks have pointed to the phablet having display corners that are slightly less rounded than this year’s flagship Galaxy smartphones.