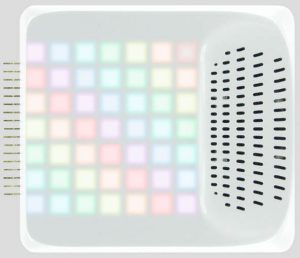 The idea is to help combine STEM subjects with the arts, delivering an all-in-one portable system for music, light and sound, for use in the classroom.

Measuring 60x67mm, it’s designed to function as a high-end Raspberry Pi Speaker and an LED matrix, along with an inbuilt microphone to help build your very own interactive Raspberry Pi assistant, giving voice control over a Pi.

From the team that brought you the pi-top Raspberry Pi-based computer, it can be mounted on top of a standalone Raspberry Pi 3, or used inside the pi-top module rail like a normal add-on board.

And yes it does support games (we’re talking Snake, Tetris, Flappy Astronaut and Game of Life).

You can see it in context in the pic below. 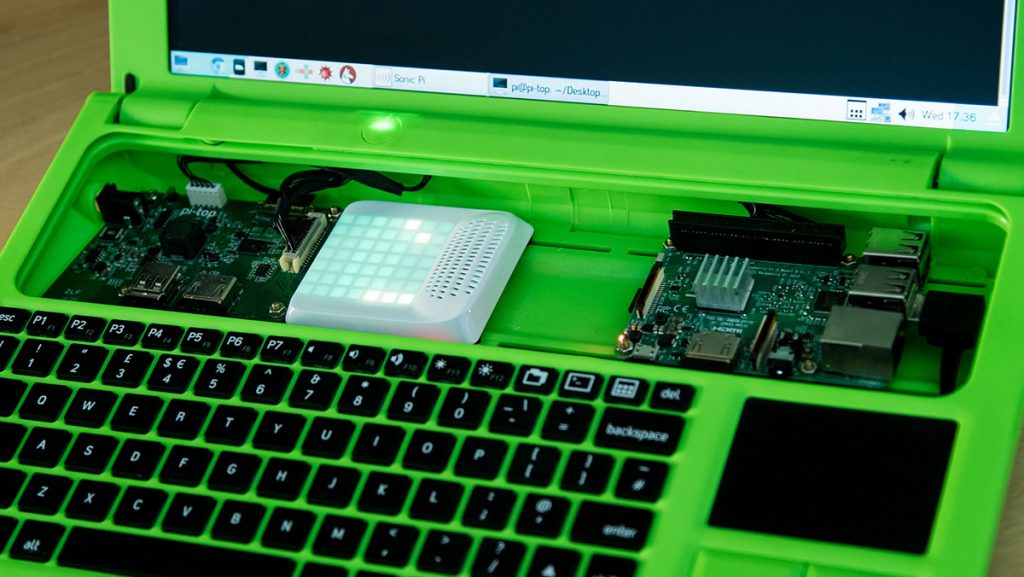 Features of the pi-topPULSE include:

Coming fully assembled and ready to go, the device is available from RS Components and Allied Electronics, priced at £39.99 ($49.99). 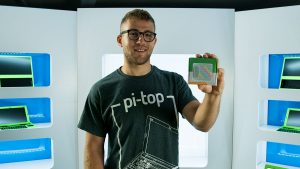 “Although children love technology, there is often a difficulty when it comes to keeping them engaged for long periods of time without an interactive and creative based exercise,” says Jesse Lozano, Co-Founder of pi-top (right). “Therefore, the inclusion of Art within STEAM is vital.”

“Arts encourage the development of visual-spatial skills, an increased practice in problem solving, and collaboration as kids contribute to creative projects. Aiding in this pi-topPULSE adds a depth of perseverance, focus and creativity to the classroom.”

pi-top was created in 2014 by two friends, successfully crowdfunding on Indiegogo, and has gone on to become a rapidly growing international company.

It addresses the education sphere, building on using Raspberry Pi technology, to help with coding and hands on experience with hardware.