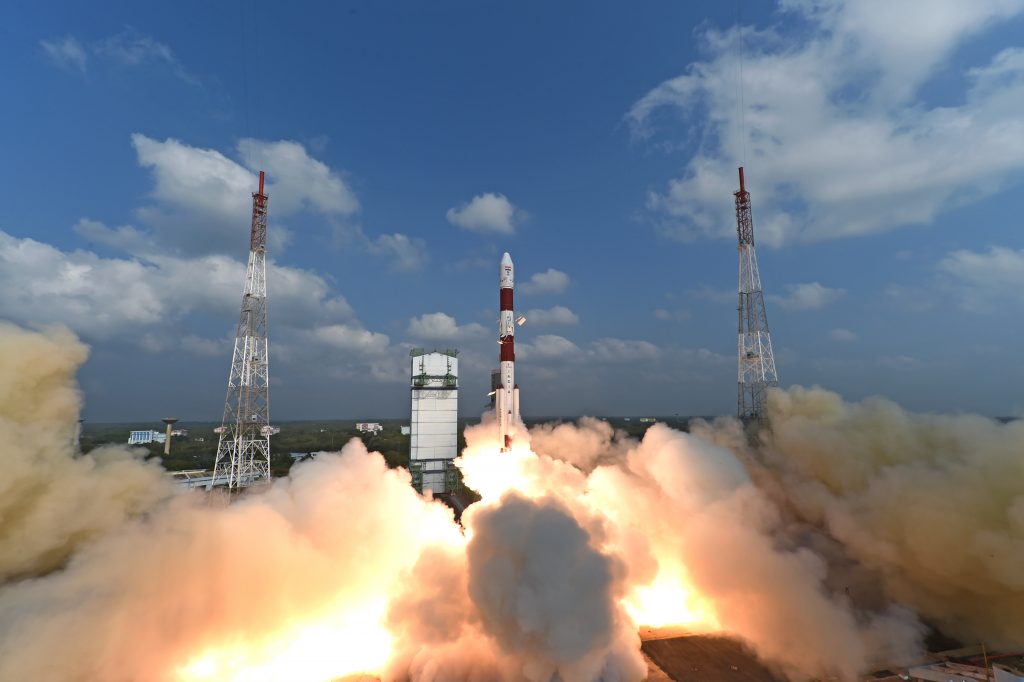 In what was the 39th flight for the country’s India’s Polar Satellite Launch Vehicle (PSLV) design, the ISRO’s own 714kg Cartosat-2 earth observation satellite was the primary payload.

There were also 103 nano satellites sharing the ride – together weighing ~663kg.

All went off into a 505km polar sun-synchronous orbit from the Satish Dhawan Space Centre, in India.

You can read the full story in today’s News Index:

The 101 international customer nano-sats were launched through commercial arrangements with Antrix Corporation – and Indian Department of Space company, and the commercial arm of ISRO.

This was the sixteenth flight of PSLV in ‘XL’ configuration (with the use of solid strap-on motors).

PSLV is itself interesting, being a four-stage design with alternating solid and liquid propellant stages, with widely-differing technologies used in each stage.

The Prime Minister of India, Narendra Modi, tweeted his congratulations:

This remarkable feat by @isro is yet another proud moment for our space scientific community and the nation. India salutes our scientists.