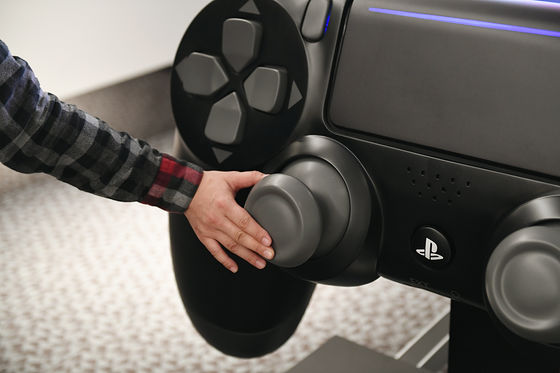 The Japanese gaming giant apparently created the device as part of the promotion for a remastered 20th anniversary re-issue of Parappa the Rapper, a title based on a rhythmic rapping dog.

According to SlashGear, it’s dubbed the “Deca Controller” being ten times the size of the original. Size isn’t everything, however, the website notes:

Only half of the functionality actually works, namely the four buttons, the D-pad, and the L1 and R1 buttons. The two analog sticks and the L2 and R2 are just for show, though they may feel functional.

You can view more pictures on gigazine, and check out the video below. And if you think that looks big, take a look at a twelve foot long Nintendo controller, crated by engineering students and that once featured at Liverpool Street Station…

Oh and if you want to learn more about Parappa the Rapper, check out its Wikipedia page…