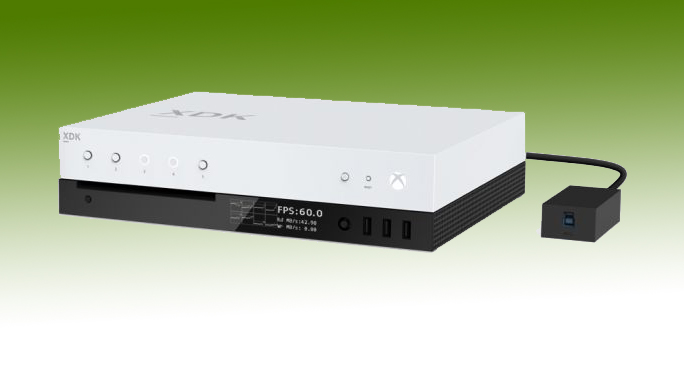 It’s hard to believe, but in just two months we’ll finally get an in-depth look at Project Scorpio, the supercharged gaming console from Microsoft that promises native 4K HDR gaming for all.

The reveal is happening at Microsoft’s keynote at E3 2017 on Sunday, June 11 at 2pm PST, but despite the formal reveal happening in two month’s time, that didn’t stop Kevin Gammill, Microsoft’s group program manager for Xbox Core Platform, from teasing us with some juicy details this afternoon.

In an interview with Gamasutra, Gammill spoke at length not only about the system’s specs – something that had already been made public late last week – but he gave us an inside look at the new Project Scorpio development kits which he says are going out soon.

Development kits, for those who have never heard the term before, are the consoles developers like Infinity Ward, Bungie and hundreds of other developers use to test new games on.

What makes a Project Scorpio dev kits so special, however, isn’t just its ability to replicate what it’d be like to play the game on a standard version of the console, but its ability to actually play games better than any console available today.

According to Gamasutra, the Project Scorpio dev kit will have “44 CUs [control units] on the GPU instead of 40, 24 GB of DDR5 RAM (double retail’s 12 GB), and a 1 TB solid-state drive in addition to the retail console’s 1 TB hard drive.”

Microsoft wants developers to build the biggest and best games on Xbox going forward and it’s going to supply them the hardware to do it.

All that potential, wasted

Here’s the downside: While these systems pack more power than any other console we’ve ever seen and could theoretically produce even better-looking games, they’re not for sale. And, worse, while developers will use them for replicate Project Scorpio retail consoles, they’ll spend just as much of their lifespans replicating original Xbox One and Xbox One S consoles.

All this enough to make a gamer cry but at least we can take some solace knowing that developers have the best hardware in hand when crafting our next-gen gaming experiences and there’s some small chance we’ll get these supercharged systems in our own homes sometime down the road.