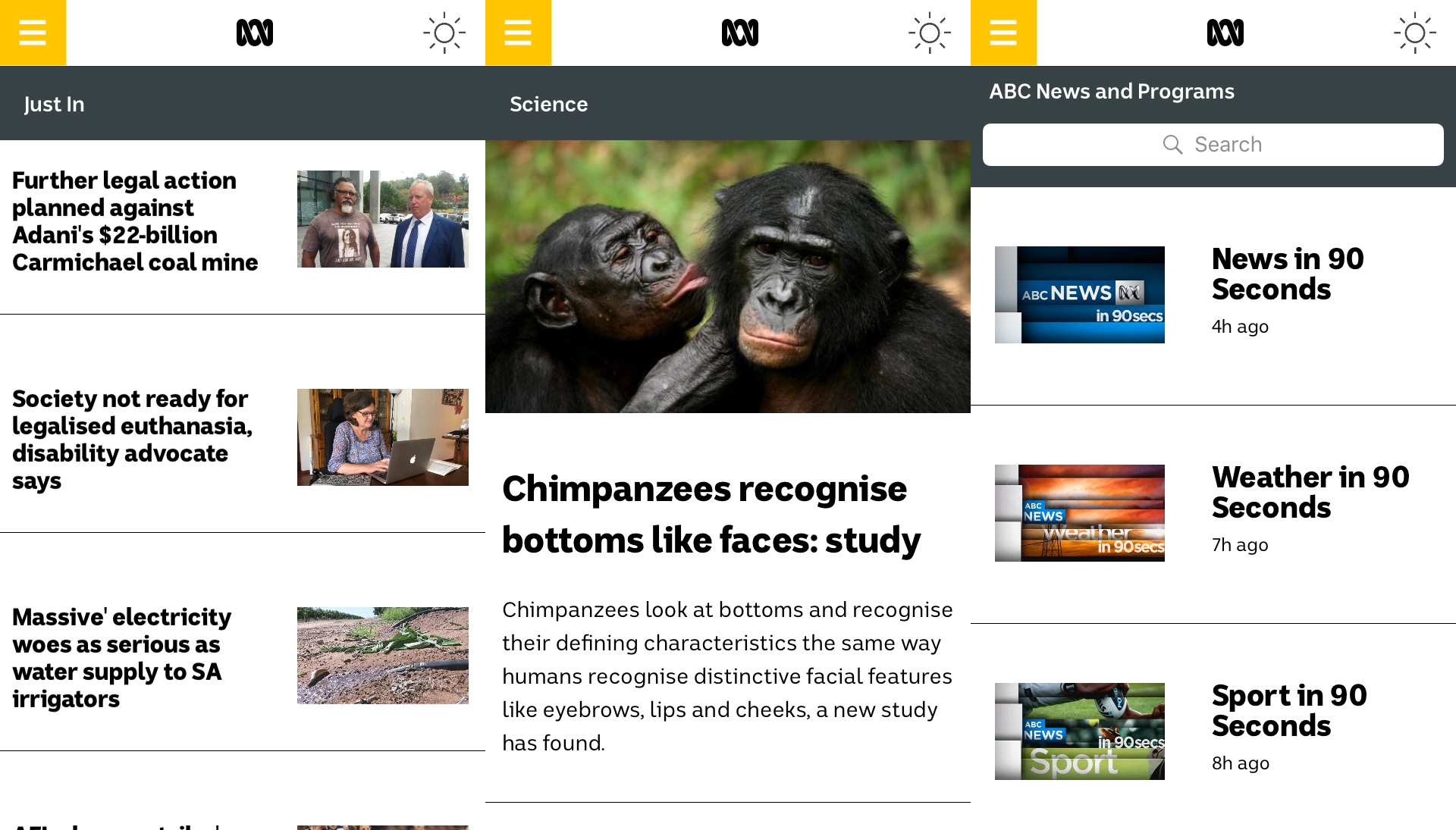 The Australian Broadcasting Corporation has just released updated versions of its Android and iOS apps that give users a wide array of new features, including live streaming video from all ABC TV channels and live radio from ABC’s metro and regional stations, including Double J and Triple J Unearthed.

The new app has been given a more modern look and a cleaner user interface, and claims to offer a better video experience and easier navigation. 3D Touch shortcuts are available on newer iPhone 6S and 7 devices, which provide easy access to content from Just In, TV On Demand, Now On TV and Listen Live.

It’s not just streaming either — you’ll also find the latest news from the ABC across categories such as sport, science, health, rural, technology, arts and entertainment, plus the ability to subscribe to over 60 podcasts.

“We want to make it as easy as possible for [our audience] to connect with the ABC’s distinctive Australian content,” he said. The ABC has said the app will continue to evolve over the next year, with personalised features being added to provide access to more media from the broadcaster’s network.

Over the weekend, the ABC also released a new app aimed at primary school-aged children called ABC ME, which includes over 56 hours of Australian content.

Both apps are now available for download from the App Store for iOS devices and Google Play for Android.

For information on all of the ABC’s apps, visit the broadcaster’s services page.