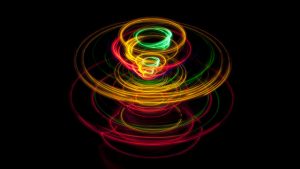 Researchers at the Technical University of Munich, the Walther-Meißner-Institute (WMI) and Kyoto University have demonstrated the transport of spin information at room temperature.

In their experiment, they demonstrated the production, transport and detection of electronic spins in the boundary layer between the materials lanthanum-aluminate (LaAlO2) and strontium-titanate (SrTiO3).

What makes this material system unique is that an extremely thin, electrically conducting layer forms at the interface between the two non-conducting materials: a so-called two-dimensional electron gas.

The German-Japanese team has now shown that this two-dimensional electron gas transports not only charge, but also spin.

“To achieve this we first had to surmount several technical hurdles,” says Dr Hans Hübl of the Walther-Meißner-Institute. “The two key questions were: How can spin be transferred to the two-dimensional electron gas and how can the transport be proven?”
The scientists solved the problem of spin transfer using a magnetic contact. Microwave radiation forces its electrons into a precession movement, analogous to the wobbling motion of a top. Just as in a top, this motion does not last forever, but rather, weakens in time – in this case by imparting its spin onto the two-dimensional electron gas.

Measuring this potential allowed the researchers to systematically investigate the transport of spin and demonstrate the feasibility of bridging distances up to one hundred times larger than the distance of today’s transistors.