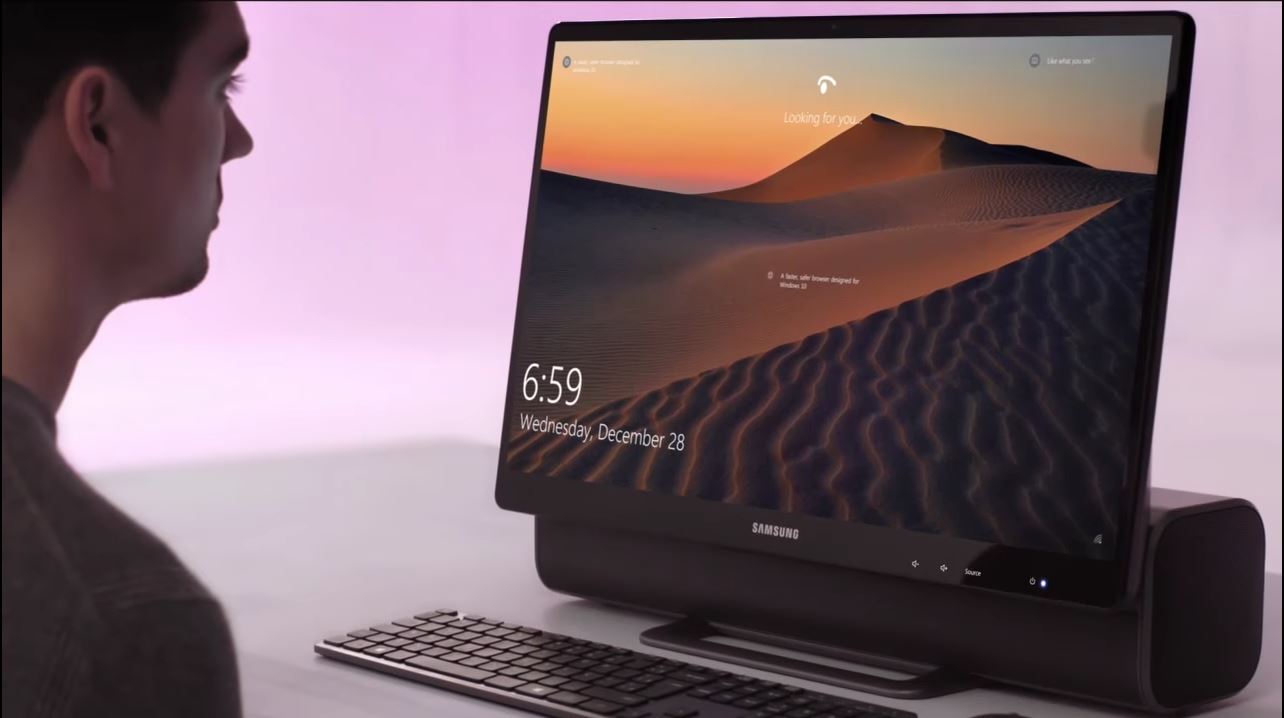 Samsung took to a strange method to announce its latest all-in-one PC, the aptly named Samsung All-in-One: a super stealthy showing at CES 2017 only to be followed by some slick, short YouTube videos.

The firm released two videos today – first spotted by SamMobile – teasing two versions of its latest all-in-one desktop PC, one with a 24-inch, FHD (1,920 x 1,080) Gorilla Glass touchscreen and one with an identical screen sans touch.

Both models feature said display resting atop an equally-wide sound bar with 10W stereo speakers inside, though only the touch-enabled version seems to support Windows Hello login for Windows 10 via an infrared camera.

Samsung’s video(s) goes on to tease out the following components for each model: a 7th generation (Kaby Lake), quad-core Intel Core i5-7400T processor, 8GB to 16GB of memory and a 1TB hard drive, according to SamMobile. The latter two pieces can be upgraded, the video brags.

The device also comes with a full-size keyboard and mouse, and the video shows off the display’s wide tilting axis, similar to that of the Surface Studio. That said, while we don’t know any pricing or release date information, this is a decidedly more home-oriented all-in-one – replete with the ability to play music over Bluetooth while the PC is turned off

If you’re in the market for a new family PC, you might want to wait until Samsung releases more information on this gorgeous specimen – or, better yet, a full review from us.