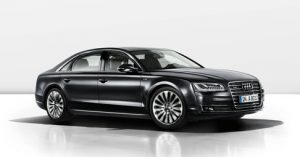 The aim of this investment and technology partnership with the Austrian firm is to develop safety-critical networking to in-car systems using the real-time Ethernet implementation.

It is hoped this will lead to open autonomous and ADAS technologies needed for autonomous vehicle systems.

Stefan Poledna, Member of the Board at TTTech, writes:

“The company’s collaborative and flexible technology allows OEMs and Tier-1 suppliers to accelerate the development, integration, and validation of new capabilities in their vehicles.”

TTTech has been working for sometime with Audi developing automated piloted driving systems as used in the zFAS piloted control platform in the 2017 Audi A8.

From the original development of Time-Triggered Ethernet in 2006 for the NASA Orion spaceship (launched in 2014), time scheduling of Ethernet has been used in a range of aerospace, automotive and industrial applications.

Since 2012, the IEEE Time-Sensitive Networking task group has been standardising the core mechanisms of time scheduling in IEEE 802.1.

Young Sohn, president and chief strategy officer of Samsung Electronics described this as a “seminal moment for Samsung’s automotive business” working with leading OEMs like Audi and TTTech on automotive-safety technology.

But TTTech’s high reliability computer networking systems can also be used in the aerospace sectors, such as in the Boeing 787 Dreamliner and NASA’s Orion spacecraft.

The strategic investment in TTTech is the first investment from Samsung’s recently-announced Samsung Automotive Innovation Fund (SAIF). Samsung has also acquired Harman for $8bn as part of its automotive strategy.