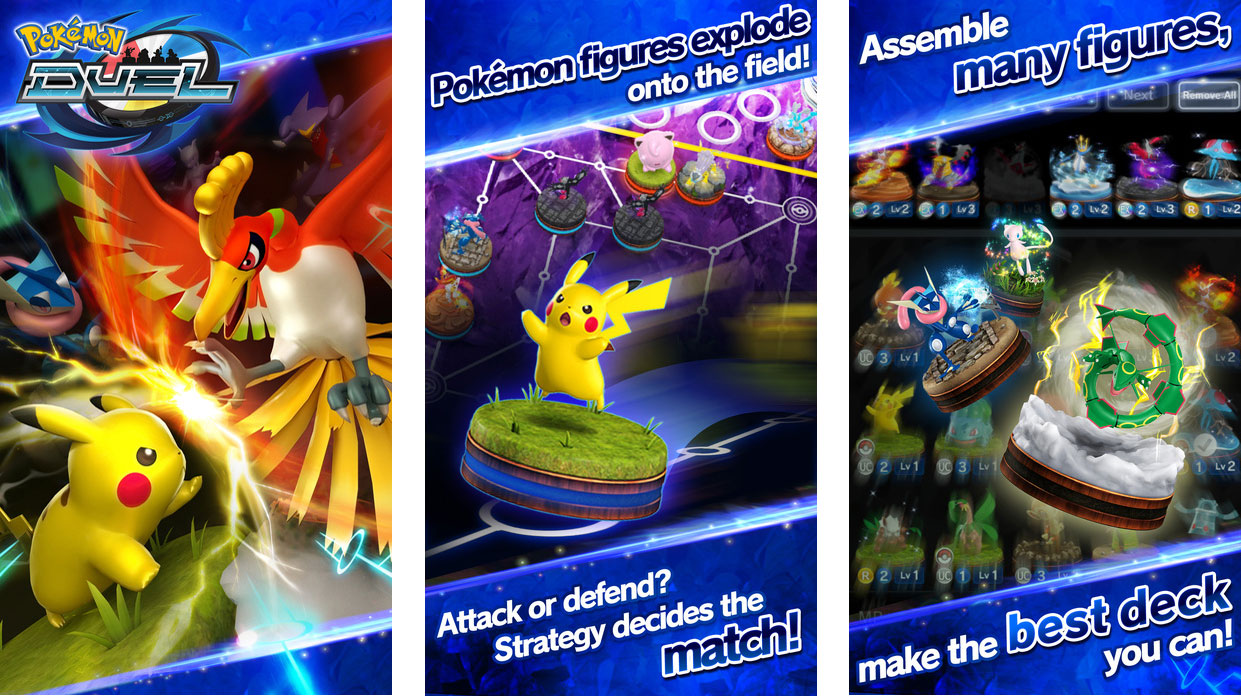 Done with Pokémon Go? There’s a new surprise Pokemon game ready for your mobile that hasn’t previously been officially announced by The Pokemon Company.

Duel isn’t anything like Pokémon Go – you can play this from the comfort of your living room. However, it’s not like a traditional Pokémon game either.

Instead it’s a strategy board game using the Pokémon characters. You have a collection of virtual Pokémon figures to collect and use, each with different powers.

The official iOS listing reads, “Build a deck with your favorite figures and then leap into a League Match! Compete with players from around the world for a chance to enter the top League rankings in League Matches.

“You’ll fight your rivals in real time! Win duels, get all kinds of cool figures and items, and make your deck stronger!”

It’s out now on both iOS and Android, but when we tried to download it in the UK to devices on either OS we were met with server maintenance issues.

Here in the UK it looks like it comes out at 4PM GMT, so it should be available very soon.

Hopefully this is something that will be sorted in the next few hours and we’ll be able to play this brand new Pokémon game very soon.