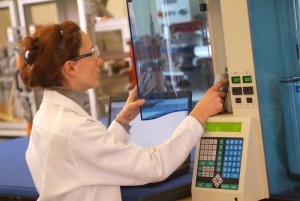 Companies in the tech sector had been hoping the Government would recognise their importance and place tech businesses and skills at heart of any post-Brexit industrial policy.

This follows the government’s announcement of its new Industrial Strategy and a commitment to fund the R&D of technologies with £4.7 billion in funding.

“I am therefore delighted to see that key areas such as robotics, artificial intelligence, Smart Energy and 5G have been identified as areas that will underpin the Government’s approach,” said Tudor Aw, head of tech sector at KPMG UK.

“The hope is that this is just the start and we will see other future disruptive technologies such as Nano technology, autonomous vehicles and IoT/’Connected everything’ get similar focus and funding.”

Francis Turner, UK managing director at Adyoulike, specifically welcomed funding into developing technologies like artificial intelligence, which it uses in its ad business.

“Technologies such as AI aren’t just the future, they are already here and are making a significant impact on the businesses and industries that are using them,” said Turner.

KPMG’s Aw believes there is a desperately need to up-skill our workforce in STEM (Science, Technology, Engineering and Maths) subjects.

“To see investment in these skills as well as in science, R&D and innovation is hugely promising,” he said.

“Indeed, the productivity gap between Britain and the other members of the G7 group of industrial nations is now at its greatest since the early 1990s when modern records began,” said Fenton.