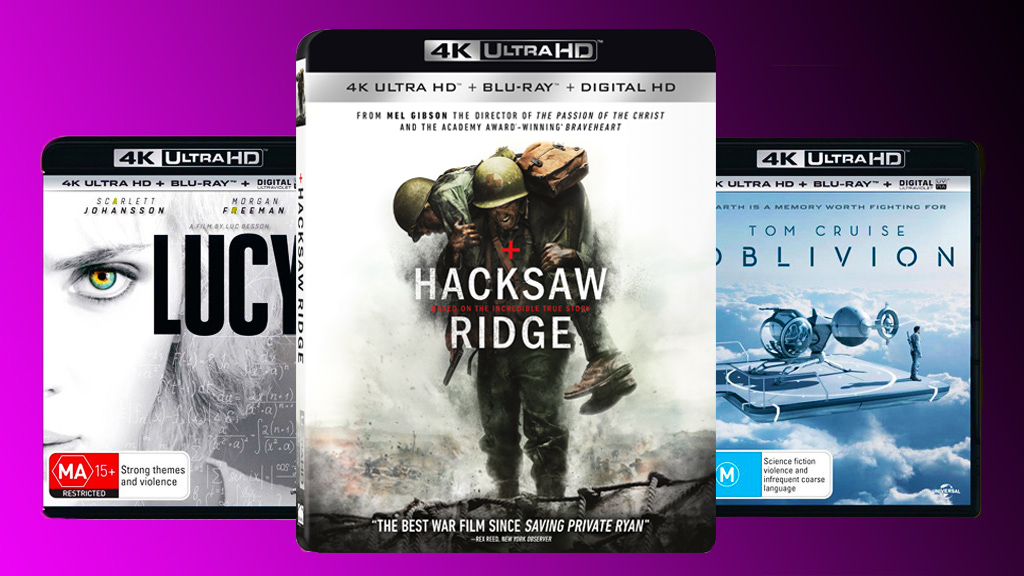 UPDATE: Mel Gibson’s Oscar-winning war film Hacksaw Ridge has just arrived on 4K Ultra HD Blu-ray in the US and has gone straight to our list of best releases on the format – find out why on Page 5!

There’s no denying the importance of 4K Ultra HD and high-dynamic-range (HDR) when it comes to the future of home entertainment. Offering incredible visual clarity, sensational colour reproduction and vastly improved contrast, these technologies give people at home the opportunity to experience films the way they were meant to be seen.

If you’ve made the leap and purchased a 4K/HDR-ready television, chances are that you’re hungry for content that will show off just what your bleeding-edge setup is capable of. Add new audio technologies like Dolby Atmos and DTS:X into the mix, and what you have is a home theatre system that rivals your local multiplex.

Though streaming services like Netflix have plenty of original 4K content ready to stream at a moment’s notice, there still isn’t a lot of variety when it comes to actual movies. While it was reported back in April that Netflix will take advantage of your new TV’s HDR support this year, several months have passed and only the Netflix Originals Marco Polo, Marvel’s Daredevil and The Ridiculous Six have been made available in HDR – hey, one out of three ain’t bad!

Many pundits have been quick to praise digital and streaming as the future of home cinema, but it will be a long while before these services can offer the variety that physical media can. Simply put, if you truly want to watch films in the highest quality possible, 4K Ultra HD Blu-ray is still the best format on offer.

That said, not all 4K Ultra HD Blu-rays are created equal – source materials, digital intermediates, upscaling, digital noise reduction and more can all affect the quality of a 4K Blu-ray’s finished product.

With that in mind, we’ve put together a list of the best and most-impressive 4K Ultra HD Blu-ray movies currently available for purchase. Each of the discs on this list, regardless of how good the films contained on them are, can be considered ‘reference quality’ and we’ve thoroughly tested each to ensure they’re really worthy of our recommendation. Best of all, every 4K Ultra HD Blu-ray disc is region free, so anyone with a 4K Blu-ray player can enjoy these films.

Read on to find out which discs have made the cut!