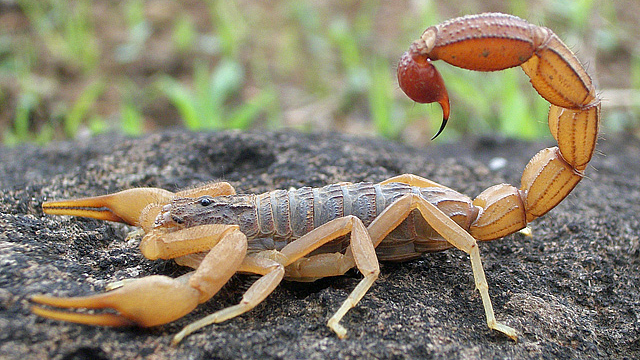 The list of jobs where robots can perform more effectively than humans is already pretty long. Factory workers, farmers, taxi drivers, construction workers, security guards, and surgeons are all confronting the oncoming train of obsolescence.

And now we can add another entry to that list – scorpion milkers. A team of Moroccan engineers has developed a robotic device for extracting valuable venom from scorpions without danger.

“The extraction of scorpion venom is a very difficult task and usually takes at least two experimenters,” said Mouad Mkamel, who designed the robot with a team of researchers from Ben M’sik Hassan II University, Morocco.

“There are numerous risks including potentially deadly scorpion stings and electric shocks from the stimulators used to extract the venom.”

So they built a lightweight, portable robotic device that does the job for them. “It is designed to extract scorpion venom without harming the animal and to provide more safety for the experimenters,” explained Mkamel.

It works by clamping the tail of the scorpion and then electrically stimulating it so that it expresses droplets of venom, which can then be captured and safely stored.

That might sound a little cruel, but it’s substantially better than current methods which either involve electrical stimulation by hand or physically puncturing the venom gland in the creature’s abdomen.

The device has an LED screen and can be programmed to adjust and remember specific settings for different species.

“[Our robot] could be used by one person using a remote control to safely recover scorpion venom remotely,” added Mkamel.