For years now, developers have tried and failed to adapt multiplayer online battle arena (MOBA) games for the TV. Now, however, if you’re one of many with a computer tucked under your living room entertainment setup, Paragon may be the MOBA you’ve been searching for.

Also available on the PlayStation 4, Paragon takes what League of Legends and Dota players have enjoyed for years and optimizes it for consoles and entertainment rigs by rotating the camera behind your character. By inciting the illusion of a traditional third-person competitive shooter, Paragon aims to broaden the appeal of not only MOBAs, but eSports as a whole.

The asymmetrical maps, team-based base destruction and “hero” system are all intact. Paragon is a MOBA for newcomers, and best of all, it’s free-to-play. 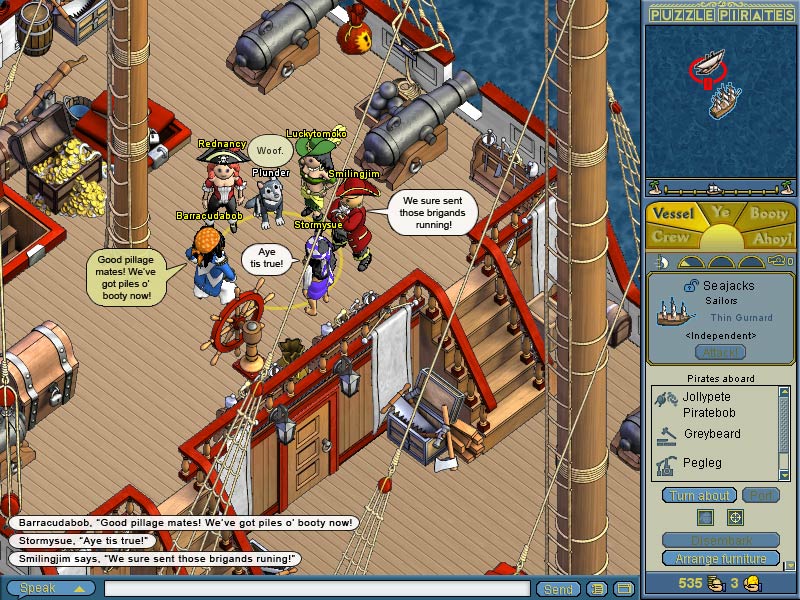 Most MMOs let you say what you want in your own native tongue. Not Puzzle Pirates. This adorably decorated MMO, like its title suggests, is about solving puzzles as a pirate. And, rather than asking your first mate, “What’s up?”, you’re encouraged to use phrases like “Yarr, matey!” Otherwise, you might end up walking the plank.

In the game, you can join a crew, improve your rank and more all while speaking pirate lingo and developing new relationships. Fundamentally, you’re on the search for currency from enemy ships known as “pieces of eight.” However, less expected is that in order to achieve that, you’ll need to solve puzzles in order to sail and protect your crew’s ship.

To be over thirteen years old, Puzzle Pirates still holds up. Now you can get the multiplayer portion of Puzzle Pirates for free on Steam; a single-player mode no longer exists because of the discontinuation of the CD-ROM version of the game. Nevertheless, at least there’s no reason to pirate it.