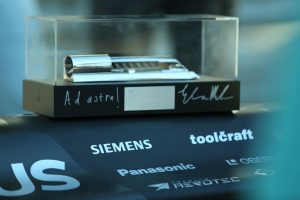 The pod designed and built by the WARR team hit 467km/h, beating its record last year by almost 50% as it took a trophy at the competition for the third consecutive time.

The power performance was increased from 50kW kilowatts to 240kW, or 320hp and it accelerates five times faster than an airplane during take-off with a maximum speed of 600km/h.

The Hyperloop concept for high-speed train travel involves running the service inside a near-vacuum tube. This allows it to travel at supersonic speed. SpaceX founder Elon Musk set up the Hyperloop Pod Competition, where teams of students from around the world bring their prototypes of the passenger module – the pod.

Panasonic sponsored the WARR team. “We congratulate them on winning this competition,” said Alexander Schultz-Storz, director of the solution competence division at Panasonic.

“The co-operation between academia and industry with feedback and product guidance can accelerate future technology and create such a successful pod design. Our safety technology and components have played a significant role in the team’s design.” 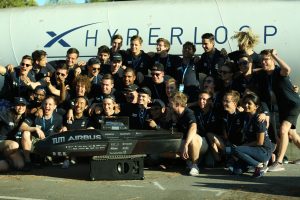 Panasonic’s sensor, resistor and relay components were used in the 2018 WARR pod. They contributed to improved miniaturisation and increased efficiency, the company said.

For example, electromechanical components  such as grid isolation relays used to interrupt or close the corresponding circuits provided security when loading and driving the pod.