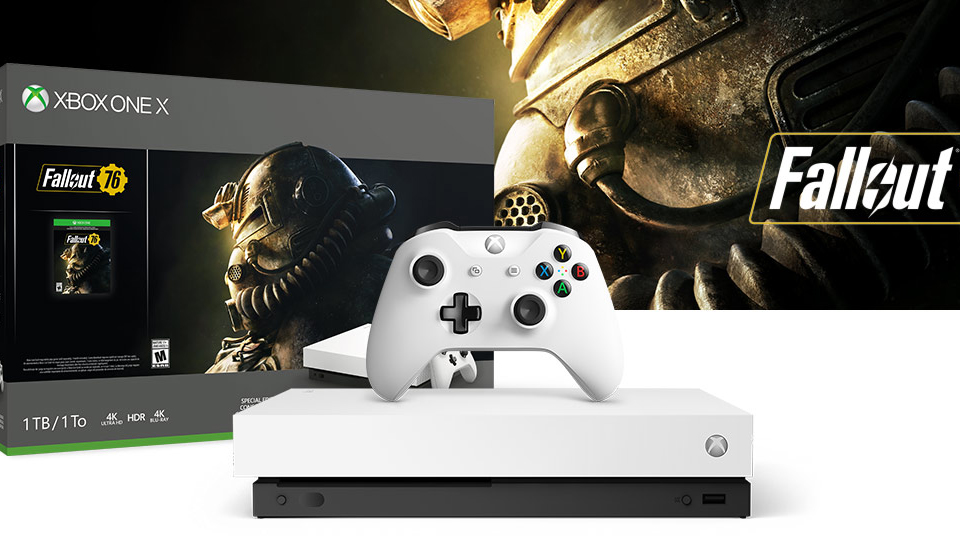 Microsoft announced that it will release the Xbox One X in a new white color scheme as part of an Xbox One X Robot White Special Edition Fallout 76 bundle. The bundle – set to launch on November 14 – includes a 1TB console, a white controller and a download of the game for $499 (about £376, AU$668).

To coincide with the launch of the new console, Microsoft also announced that it will release the Xbox Elite Wireless Controller in a special white variant for $149 (£119, AU$199) a bit sooner, starting on October 16.

To round-out the all-white aesthetic is Turtle Beach’s new Elite Pro 2 Wireless Chat Headset that will be available in – you guessed it – white starting on September 16 in the US and October 8 in the UK and Europe.

The three were all announced simultaneously this morning via a post on Major Nelson’s website along with US pricing and release date information.

Disappointingly, however, besides the difference in aesthetics, there is no major difference between the Xbox One X in Robot White and the Space Gray console that released last year. The same goes for the Xbox Elite Wireless Controller that released back in 2016 and the new Robot White edition of the controller unveiled today.

That said, at least the Elite Pro 2 is totally new.

If the absence of color is what you’re after, keep your eyes peeled for this albino trio when it becomes available starting in September.