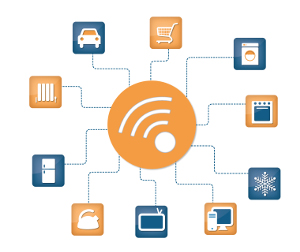 The drive for investment in the Internet of Things (IoT) is exploding – specifically in Asia. A technology trend that was often dismissed until recently is now becoming one of the most important changes in how people interact with their connected devices. According to Ecosystm, a Singapore-based technology research and advisory firm, global IoT spending will grow at a compound annual growth rate of 6.9% from 2017 to 2022, reaching a value of $367bn.

At least half of that IoT spend is expected to be in the APAC region. Making this region the global centre for growth innovation. As you would expect China is the biggest worldwide market for IoT devices and is expected to maintain that lead over the US and Europe. However, the lack of understanding and the failure to acknowledge the importance of the IoT by organisations and many executives might have an effect on the customer experience.

The rapid growth of Internet of things (IoT) market means electronic devices are proliferating and diversifying, and the need to reduce the time it takes to get the product to market is more important than ever if electronics companies wish to stay competitive.

It’s down to PCBs from around the world to bring these products to life but they probably have the toughest job of all. How do they pack the advanced functionality into ever shrinking products? The team at SamacSys have collated some useful tips into the practical elements of IoT.

The Challenge for Layout Space

Apple are leading the way with the fight for utilising space.

Their Apple Watch measures in at 38.6mm x 33.3mm with a depth of 11.4, and coming in on the scales at a weight of only 28.2g. Pretty impressive considering its jam packed with functionality such as a SoC controller, a bunch of sensors, LED display, memory, a Bluetooth chip, and a lithium-ion battery.

To obtain this tightly compact functionality and flexibility you’ll likely find that designs that will need to incorporate Rigid-Flex and High-Density Interconnect (HDI) PCBs.

Rigid-Flex PCBs give you the advantage of their flexibility, which enables the use of multiple PCBs in those tight spaces. And HDI’s allow for denser component placement and the use of blind, concealed, and micro vertical interconnect access – HDIs are invaluable when trying to save board space.

Choosing the right operating system is likely going to have the biggest impact on your development time and NRE budgets.

A Linux-compatible operating system, if your budget allows would be recommended. There are several vendors out there with a variety of boards but ARM is almost certainly one of the leading processor providers.

However, if neural networks and image processing are a priority you may want to use Nvidia Tigra or, for weighty CPU loads, Intel X86.

Arm offers the Cortex Series which comprises of Cortex A, Cortex R and Cortex M. The most popular being Cortex R which have loaded features and OS Support and Cortex M as they are small, efficient and cheap.

If you opt for M, you are moving into embedding territory which means C(++) coding, mini kernels and basic custom drivers. RTOS, CoOS are a preferred choice by many and TI usually offers kits that have OSAL integrated samples.

If you decide on an embedded solution, make sure to you consider the development environment and the need to prepare that every feature will require craftsman work. A low BOM cost will likely come with a higher NRE price tag through the entire product life cycle.

Adopting a Variety of Wireless Modules and Protocols

The heart of any IoT product is the wireless connectivity. This allow devices to obtain data, sense its environment and communicate with the cloud. All made feasible through an assortment of wireless modules and RF circuits.

But how are we going to squeeze them all in?

There are several generic modules and RF components that have been created for IoT and wearable products. These components have small footprints while still incorporating a ton of functionality that you will need.

What wireless module you commit to use in your PCB will ultimately boil down to several elements, data transfer speeds, range, security requirements, and battery consumption. It’s likely that you will have to make use of one or multiple of the following protocols:

Of course this list isn’t all-encompassing, and as you would expect there are a huge amount of other IoT protocols are available, with plenty more in the development pipeline. This continual development is needed due to the rapid growth of IoT, as every device will have a variety of different requirements and needs in battery consumption, data transfer and range.

In the new world of IoT, circuitry will need to be flexible and it is likely that these circuits will need to be embedded within other materials. This will mean a move away from FR4 in your IoT designs and into some new flexible materials like plastic, flexi-rigid copper, and even mesh.

There are several types of flexible PCBs available, the more commonly used would being the flex, rigid-flex, and the high-density-interconnect (HDI) flex.

These are flexible versions of the widely available rigid PCBs, The extra flexibility and vibration resistant features come along with the usual reliability, repeatability, and high density that is offered by rigid PCBs.

One key advantage of the Flex PCB is its ability to adopt three-dimensional configurations.

As the name suggests this type of PCB offers a blend of the rigid and flex, thus allowing the best of worlds, while adding some additional capabilities that neither possesses solely.

A typical rigid-flex construction would be a series of rigid PCBs connected by integrated flex circuits. A combination such as this allow designers a multitude of options for creating solutions for most demanding IoT applications.

When typical flexible circuits aren’t suitable then you may need to turn to High-density-interconnect PCBs. HDI flex PCB’s offer improved design, layout, and construction options by integrating features such as micro-vias.

Although HDI technology offers the use of thinner materials, it also provides better reliability, enhanced electrical performance, and access to advanced IC package use.

PCB Designers Will Need to Diversify

It’s fairly clear that the days of typical PCB Design are gone. EE’s are no longer just designing circuit boards, they are now part of the end-to-end development of products.

Traditionally designers would create a circuit board before passing it over to a mechanical designer to ensure it fits. However in the rapidly changing landscape of IoT this way of working isn’t going to cut it.

With shrinking form factors, it’s going to be imperative to get every stakeholder singing from the same song sheet from the start of the design process. This will ensure that both function, form, and business needs can come together.

What does this mean for a PCB designer? Its likely designers will need to do considerably more virtual prototyping to asses PCB size, weight of your product, and the fit of your board within an enclosure.

Focusing on virtual prototyping will allow designers the flexibility to concentrate on all of the aspects of the design process, including 2D layout, 3D physical dimensions, and committing to the list of BoM materials that would be required. All this before you ever place a trace or component on your PCB.

NOTE: The SamacSys tool is available from the main navigation bar on Electronics Weekly, simply hover your mouse on ‘Resources’ to see the option for ‘Component Search Engine’.