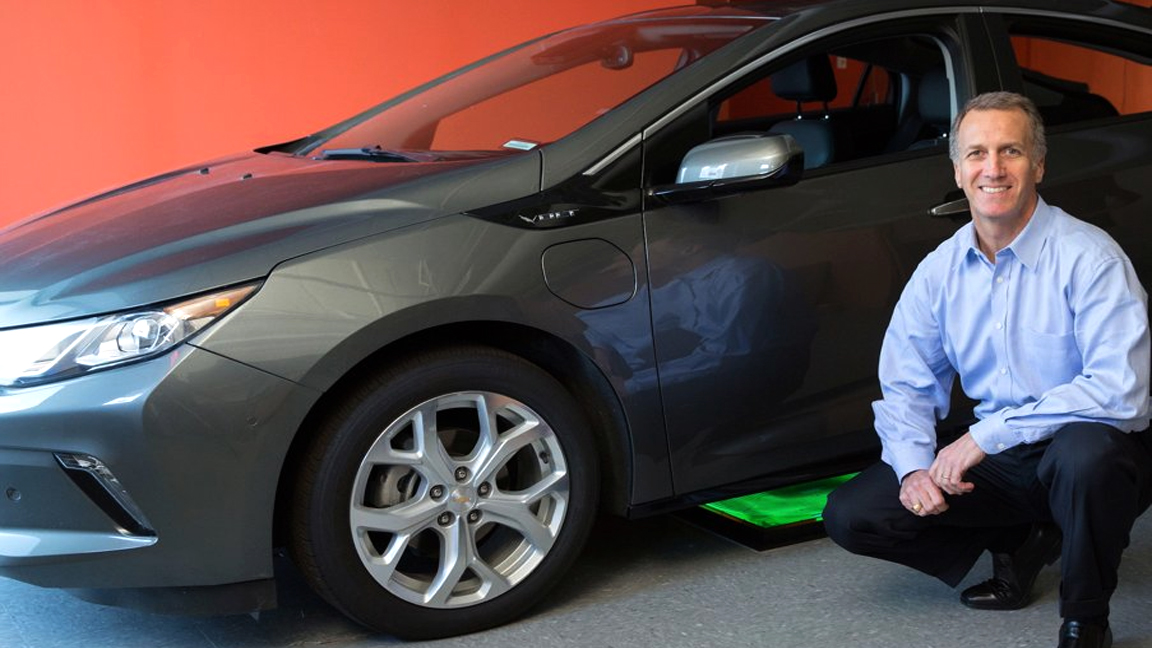 Standing by the pump on a cold day ranks high as one the more annoying regular hassles of owning a car. Hunting around for a charging cable (or forgetting to plug in when you get home) for an electric vehicle isn’t much fun, either.

Thankfully, the future of car power could be as painless as simply parking following a new partnership between General Motors and wireless charging company WiTricity.

The two companies have announced testing for a new contactless Drive 11 charging platform prototype for electric vehicles, which can fill car batteries up simply by parking over a charging pad.

An interesting detail about GM’s partnership is that in addition to efficiency, the wireless chargers are also emphasizing interoperability. That is to say, the system could be licensed and implemented to work on any compatible vehicle, regardless of its manufacturer.

Though one of the biggest pushes for wireless car charging, GM’s move may not be the first out to market. Qualcomm’s Halo concept for a wireless car charger is expected out in 2017, and Toyota has been testing the concept since 2014 -though it appears the auto maker has signed on as an interested licensee for WiTricity’s new prototype.

If nothing else, GM and WiTricity’s partnership has us excited at the idea of parking spots that double as fuel station – if for no reason other than not having to make a mental note to stop by the gas station or plug in the car before bed all the time.