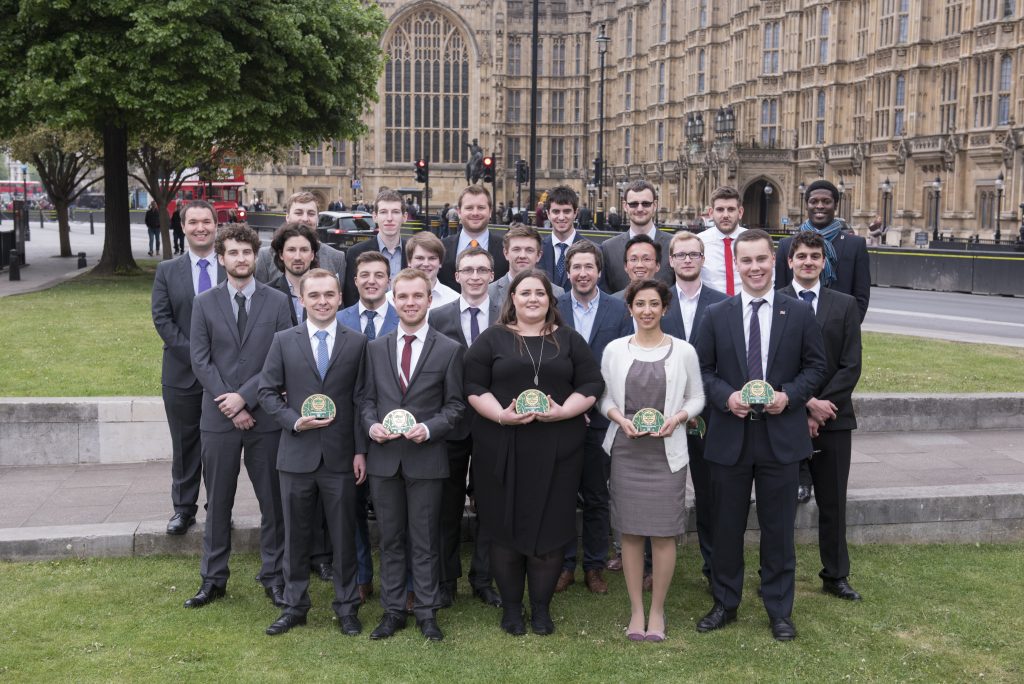 Electronics Weekly, in partnership with RS Components, will seek to highlight the brightest and most talented young electronic engineers in the UK today. Pictured above is the class of 2017, receiving their awards at the Houses of Parliament.

We will again be looking for the young engineers who are already making a difference in the first years of their working life, or who are still studying but are showing the promise to become the people behind big future innovations in electronics. 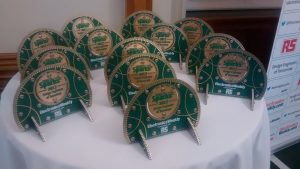 Why are we doing this? Electronics Weekly and RS believe that by celebrating the achievements of the most talented young people in the electronics world, we can play a significant role in inspiring and encouraging new entrants to the industry. This is particularly important in the context of the industry’s well-publicised skills gap and the efforts of the UK government and other organisations to encourage greater take-up in schools and universities of STEM and engineering-related subjects.

EW BrightSparks will also serve – we hope – to inspire other newcomers to the sector or those interested in a career in electronics.

We are looking for engineers under the age of 30 who are working or studying in the UK – so those who are still in the early stages of their career and who will be the people shaping UK electronics in the years to come.

Stay tuned for more information about the programme, such as the date submissions can be made and details of the 2018 judging panel.

Here is the full list of 2017 EW BrightSparks, the Design Engineers of Tomorrow:

A photo shoot and networking event took place in May as part of the 2017 awards dinner – the prestigious venue was the Palace of Westminster. We then publicly announced the 2017 EW BrightSparks with a special print supplement in Electronics Weekly magazine on 24 May 2017.

We have also released and highlighted profiles of the individual BrightSparks of 2017 online (see above for the full set of links). See also: www.electronicsweekly.com/ew-brightsparks/