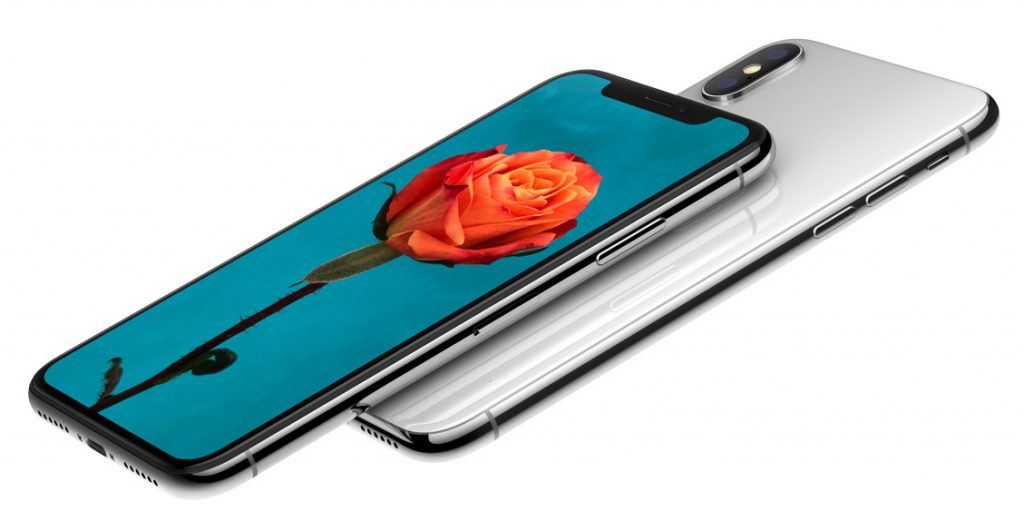 “Face ID is enabled by the TrueDepth camera and is simple to set up,” states Apple. “It projects and analyses more than 30,000 invisible dots to create a precise depth map of your face.”

About the processor heart of the phone, the quad-core, 64-bit ‘A11 Bionic’, Apple says:

“The most powerful and smartest chip ever in an iPhone, with a neural engine that’s capable of up to 600 billion operations per second.”

The three-core GPU is now designed by Apple and not Imagination, although that remains part of a legal dispute between the two companies. The UK company has alleged that Apple would not be able to achieve this without infringing Imagination’s patents.

“Apple has not presented any evidence to substantiate its assertion that it will no longer require Imagination’s technology, without violating Imagination’s patents, intellectual property and confidential information,” said Imagination back in May.

In terms of battery life, Apple claims that a custom battery design means the phone can last up to two hours longer between charges than the iPhone 7.

Available capacities are 64 and 256GB. Price? You can expect to pay around £999 in the UK if you don’t get the phone on contract.

Pictured below, launch attendees can be seen at Apple’s new Steve Jobs Theatre, within the Apple Park.

You can view the launch event online, which also saw the launch of the iPhone 8 and iPhone 8 Plus, an upgrade to Apple Watch and 4K-enabled Apple TV.