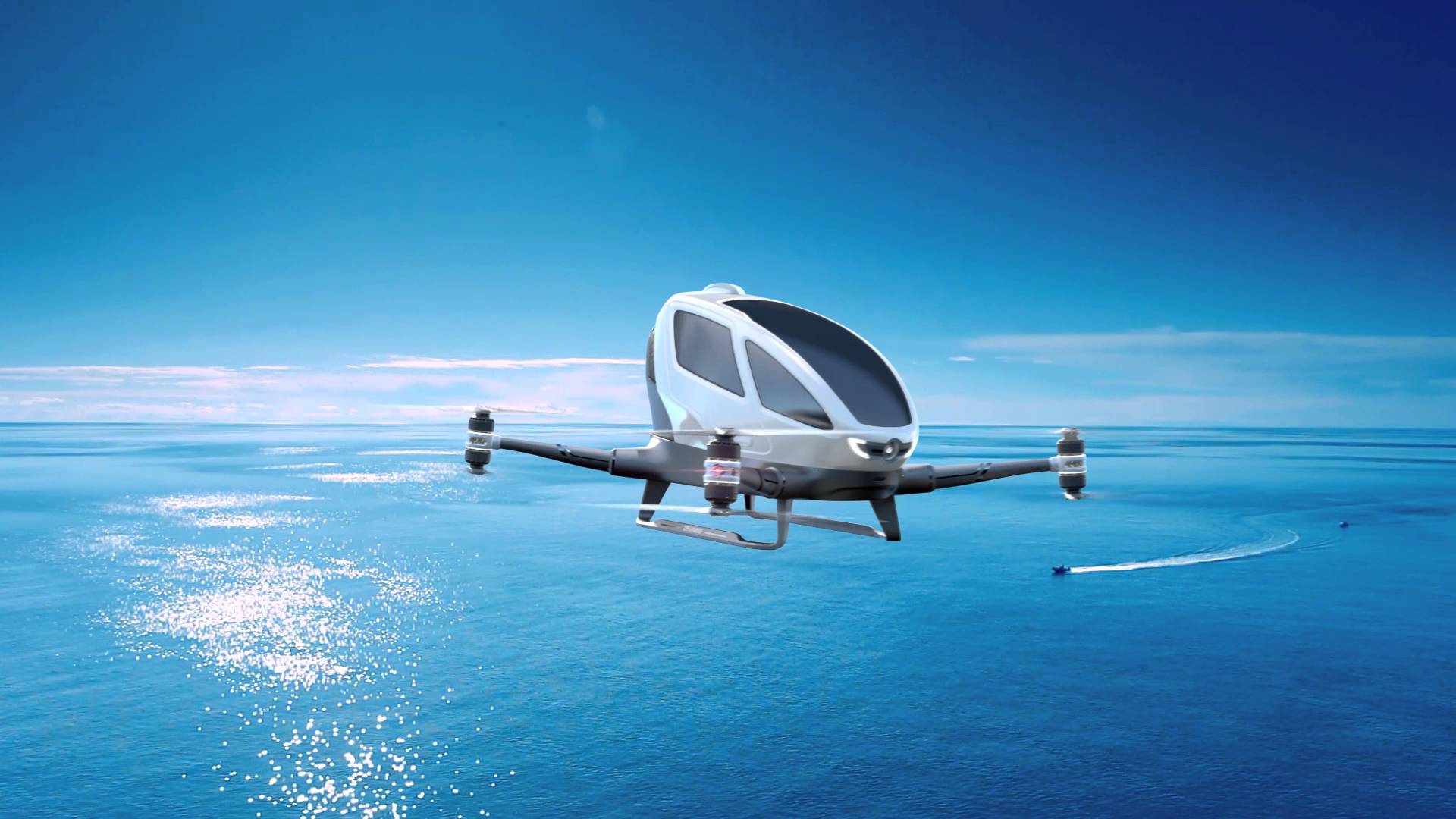 Dubai looks like it will be getting some appropriately futuristic transport with “regular operations” for passenger drones starting as soon as July 2017.

The Chinese-manufactured EHang 184 has been shown off before, in fact at CES 2016 the quadcopter caused quite a stir, but this will be the first instance of the drone actually fulfilling its purpose of passenger transport.

The announcement was made by the Roads and Transportation chief Mattar al-Tayer, stating that the organisation had experimented with the vehicle before, although it’s unclear if he refers to manned or unmanned flight.

The Ehang 184 will ferry a single person up to 31 miles (50km) and it will do so autonomously, relying on a user-programmed destination and 4G communication with a ground-based control room.

There is a catch – you’ll need to weigh under 220lb (100kg) in order to ride, so lay off all the decadent Dubai cuisine if you fancy your chances at flight.