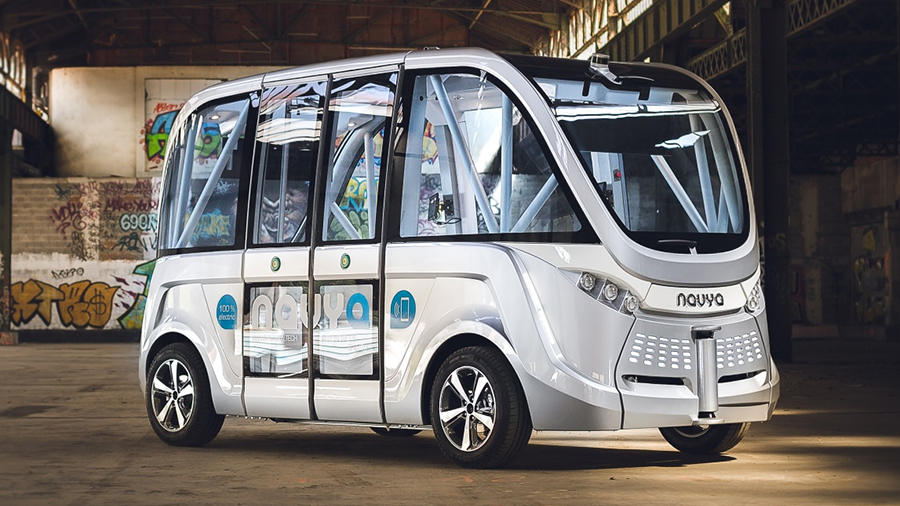 Autonomous driving is coming, whether you like it or not, and a self-driving bus has been let loose on a public road in the US for the first time. The Navya Arma will be tootling along a three-block route in Las Vegas until January 20 in the latest pilot test for the technology.

Autonomous driving tech is a little easier to implement in a bus: it knows exactly where it’s going and it’s familiar with its route. We’ve seen similar self-driving bus schemes pop up in various countries in Europe before.

The bus will be carrying passengers along Fremont Street in Vegas at speeds of up to 16 miles-per-hour (though it’s technically capable of reaching 30 mph). There’s an emergency stop button for bringing the shuttle to a halt, and a human operator will be on board at all times as well, just in case.

The day of the Jetsons

Ultimately the plan is to get a full fleet of these buses moving people more efficiently around the streets of Sin City – driving up and down the Strip and around other tourist hotspots in Vegas isn’t always the most pleasant of experiences.

“Today, ladies and gentlemen, when you talk about innovation, we are living in the day of ‘The Jetsons’,” councilman Ricki Barlow told the Las Vegas Sun. The city attracts 40 million visitors a year, authorities say.

As for self-driving cars, we’ve just been treated to another set of impressive demonstrations at CES 2017, also in Vegas. It looks likely that the technology will be ready long before governments actually allow these motors on the road.